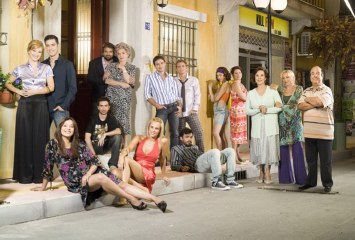 Monday, Jun 29 2009, 06:51 School, Work Permalink
It's always interesting to hear about the first of anything.

Usually those are individuals who brave the cold storm, go uphill both ways, to accomplish something extraordinary.

When I was a Senior in high school and I was thinking about which schools to attend, I chose UMass Boston because of the great vibe that I got from it despite its need for certain aesthetic and structural repairs. I came across this video on the UMass Boston YouTube channel recently and I have to say that it is a pretty nice promo video.

I wonder what my generation will be saying in 30 years when most of the current buildings are gone ;-)

I was trying to log onto the student self-service system the other day to check out if there are any additional fall semester courses that I should be aware of. I fired up by browser, typed in the address for the WISER (the student self service system) and I see the warning bellow. Weird!

I typed umb.edu and tried to navigate that way - all OK - no warning

I tried umb.edu/it and tried to navigate that way - all OK - no warning

I wonder if someone got annoyed at the clukyness of the system and decided to report it hehehe :-) So...back with another Video Game Friday segment and now it's on my Mac!

I haven't played a game on a computer in ages! I do have a number of games that I bought when I got my G4 PowerBook but I haven't played those in ages. I think that the last games I played on the PowerBook were Black and White and Splinter Cell. Anyway, back in December I bought the MacHeist package of software and as always there is a game (or two) bundled in it. This time one of the games was World of Goo.

Honestly, I never really gave it much thought when I installed it on the Mac mini. I installed it with the intent to play the game eventually but I never got around it. That is until I listened to a recent 1UP podcast and some of the hosts were playing the game again. I thought to myself "well if they are playing it, and I have it, I might as well give it a try". Bad move!

Well, "bad move" in a good way. The game is frikkin' awesome! It's a combination of a physics game and lemmings whereby you have to move a certain amount of goo-balls from one end of the screen to another. The goo balls have building properties so you can build structures to move your remaining goo either vertically or horizontally across a number of obstacles. The game is so addicting that I spent a number of hours solving puzzles and time just flew by! I wonder if I got any smarter ;-)

If you have the game (through MacHeist - like me) and haven't tried it - go spend 15 minutes with it and you will be hooked. If you've never bought it, head on over to amazon (link above) and get it! It's summer, who needs to be out in the sun anyway? ;-)
Ο Φοβερός
Comments

A number of years ago, when VHS tapes were still populating the video clubs, I was looking for a film with a taste of Greece. This is before I was able to find Greek films elsewhere.

In any case, I was staring at this film called Ulysses' Gaze. Saw that it was made by a Greek director and that it had gotten some prize so I decided to rent it. What a horrible idea. The film is three hours long of hurt! I can do long films, but this particular one I could only watch in 30-minute segments. Yes it was THAT bad.

Back then I did not know who Harvey Keitel was (or maybe I did not care...not that I care now, but anyway). Keitel was bad. Really bad. He had the personality of a rotten tomato. The story was incomprehensible and it reeked of art house film pretentiousness. Up until that point I had been very lucky to be spared the art house BS.

Recently I decided to look up what IMDB said about it and I was SURPRISED to find out that people have given it a 7.2/10. 7.2 ??? Are you kidding me? This movie deserves a 5- maximum! I also looked up what Roger Ebert thinks and I was happy that I wasn't the only one that thinks that the movie was awful. This is a good summary quote:

What's left after ``Ulysses' Gaze'' is the impression of a film made by a director so impressed with the gravity and importance of his theme that he wants to weed out any moviegoers seeking interest, grace, humor or involvement. One cannot easily imagine anyone else speaking up at a dinner table where he presides.

It is an old fact about the cinema--known perhaps even to those pioneers who made the ancient footage ``A'' is seeking--that a film does not exist unless there is an audience between the projector and the screen. A director, having chosen to work in a mass medium, has a certain duty to that audience. I do not ask that he make it laugh or cry, or even that he entertain it, but he must at least not insult its good will by giving it so little to repay its patience. What arrogance and self-importance this film reveals.

Finally, I don't understand the supportive IMDB comments such as the ones that claim that Angelopoulos (the director) is some sort of wunderkind now because of this (awful) film and people who boil the bad reviews down to "Americans don't like us" and "this showcases the superiority of European theater". Please save me from bad directors, bad movies and people who think that this was a good movie :-)
Ο Φοβερός
Comments

Never has this OS appealed to me in the iPhone-like "ZOMG! Can I haz Android?" type of way.

This changed today when I saw a promo video of the HTV Hero.

OK, promo videos are made to induce such an irrational "I want it!" behavior, but the interface is really cool (good job HTC) and it really leaves Windows Mobile in the dust. It's making me wonder if Microsoft is going to go through some sort of Palm-like metamorphosis with their WinMo OS.

The one bad thing about the Hero, it's not triband HSPA.

NES controlled with a Theremin

Wednesday, Jun 24 2009, 10:22 Classics, Entertainment, Technology, VideoGames Permalink
This has got to be the coolest thing I have seen in recent months!

This version of Super Mario Brothers is controlled with a Theremin. For those of you who don't know (like me), a Theremin is a musical instrument that you play without making any contact with the instrument.

Have a quick look at the video - it's sure to amaze.

Most blog abandoned - so what? 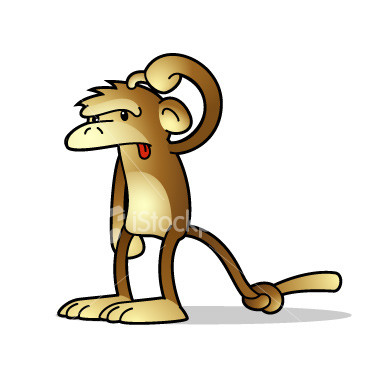 I came across this NY times article through slashdot a few weeks back.

I read it and thought to myself "meh". Now I am back at it. I started thinking.

OK, there are 1000X blogs, but people only update 100X. I think that it would be unsustainable to update all blogs all the time. There are people out there that are attention hogs that write to be read by many many people. There are others that bought into the "I'm making millions by blogging from home!" lunacy that some people were advertising (Seriously? Who falls for these claims these days?) and then there is the third group.

The nice thing about the internet today is that even if you retire your blog, it's still there for people to read. If only successful authors wrote books, we would have far fewer books today. The same things with blogs. What matters is quality over quantity. What is the quality of blogs out there? Do you get the content you want? If so, who cares if only a handful are updated regularly.

One day internet archivists and social researchers will probably find lots of useful information among the blogs that have been abandoned. I don't really know why people are making so much of this.

The dream is not dead, there never was one.. But what there is is a public, searchable record of things that people who have "abandoned" their blogs have magnanimously left online for all to search and see. As a system administrator, searching what Quenqua or Technorati deem abandoned has saved my ass more than a few times. Seems like a typical perspective on blogging that has been clouded by a few years of some major bloggers gaining commercial success. If you aren't a sell out, you aren't a blogger. No small timer's allowed. Come on, we don't all blog to get rich and famous, and I guess if that isn't in keeping with Technorati's business model (whatever that is) then bloggers are all failures in their eyes. I for one will keep searching and using blogs, however (in)frequently they might be updated.