Monday, Aug 31 2009, 17:13 Education, Opinion, Technology, Work Permalink
Over the weekend I was reading this article on Inside Higher Ed (maybe I should be posting over at multiliterratus, but oh well...)

In any case, the author of this post talks about how how Wired's "The good enough revolution" pertains to academia. Personally I agree that some of what the author writes are quite valid arguments - but I would like to play devil's advocate for a moment from an IT management perspective.

Conversely, with those who go off an roll-their-own there are legal/privacy issues such as FURPA that instructors need to know about (they should know about them anyway - but most seem to not know), and there is the issue of support. If you roll-your-own, then you can't really expect IT support from your organization, unless of course you've got someone at the top batting for you. This in turn leads to you being BOTH instructor AND full time technical support for your class, which is problematic if you are teaching many classes.

I do agree with the whole lets-get-out-of-blackboard thing, but IT needs to be onboard.
Ο Φοβερός
Comments

Things I miss from my N80 camera

While my iPhone IIIgs camera is theoretically the same spec as my old N80's camera (wow! what does THAT say about my camera?) there are a number of things that I really miss from my N80's camera.

Flash:
The lack of flash is a tad bit annoying. While I don't often take low-light shots, it is nice to have the option to take a photo with flash enabled for those few times that I really wanted to take a low-light photo.

Zoom:
I know that digital zoom isn't really zoom but rather blowing up the image and pixelating it somewhat, but having that digital zoom came in handy when I wanted to video record something from a little far away (not to mention those seagull photos that I snap that would really benefit from a zoom)

Software:
One of the things that I miss from the N80 software is the ability to change the photo style to black & white, sepia toned and other photo effects before I snap the photo, that was I don't have to go an post-process the image. Being able to reduce red-eye and all the other features would be nice too

Front Facing Camera:
OK, so the front facing camera was almost useless in the US since at&t does not support video calls, however I really do miss that sucker! It was really nice for taking portrait shots of me that weren't quite MySpace style.
Ο Φοβερός
Comments

Knowledge Management yet to catch on... 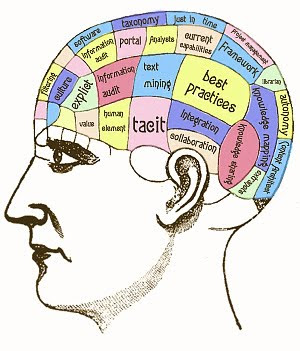 I was reading a post on eLearningTech recently and this quote caught my attention:

The Institute didn't include any courses from suppliers such as Learning Tree, but was rich with resources from Books24x7, TechChek (a web-based technical skills assessment tool), internal company communities and knowledge sharing wikis. A ning site, podcasts, video learning resources, RSS feeds from the large technology providers such as Cisco, Sun and Microsoft, and a number of other facilities including a range short formal modules deep-linked from the corporate LMS that could be pulled on-demand.

What's funny is that what is described here is essentially a form of knowledge management, something that I was introduced to at least five years ago (if not more!) in one of my MIS classes. The concept is not new, it's been around for at least ten years, however with the "new and shiny" web 2.0 distracting us, it seems to have been somewhat forgotten among both management circles and education circles (judging from the blogs that I read anyway) despite the fact that we are essentially describing the same animal when we talk about Informal Learning and Knowledge Management (think of blind men describing an elephant).


OK, so the boy genius thinks that the Mac vs. PC ads have jumped the shark, but this new Mac Ad is quite funny.

While watching the ad I was thinking to myself "Is this Puddy? No! It can't be! Well it really looks like him!"...Well lo and behold it is indeed Patrick Warburton (the guy who plays Puddy, and the Tick)

Personally I think the ad is great, but it doesn't address the cost issues. Yes you can get a high powered, big screen laptop with Windows that don't crash - but the cost is high - I suppose that is one type of compromise.

Here he is in true Puddy glory

I was really not sure about Maemo as a phone (even though I've been wishing for PIM functionality for ages!), but these promo shots are actually quite convincing. I am sure that the lack of applications on Maemo (yes I know there are apps, but not as many as I can have on my iPhone) will rectify itself soon. I do wonder if there is going to be an S60 compatibility layer (similar to classic an X11 on MacOS X) for Maemo eventually...

Competition is good, where is my RM?

Rhapsody is now in queue for approval at the appStore and we're all waiting holding our breath (well not really).

While competition is good and I wish this app well, does it stream Real Media?

A lot of media these days, especially legacy streaming media is in Real Media format (audio and video). Does this app support real media? The app on my N800 didn't seem to support Real Media. So this does beg the question - is RM dead? If not, what the heck is going on?

Rhapsody on iPhone from Jamie on Vimeo.

Tablets, the technology that keeps on promising

Wednesday, Aug 26 2009, 08:35 Technology Permalink
I came across this video over the weekend about the Tablet concept in the early 90s.

Then this reminded me of the whole apple Knowledge Navigator

It seems like tablets have been in out imaginations for the last fifteen years but no one has actually made something that is actually not just attainable with regard to price, but also useful!

Now my cohort in the Apple Newton community might disagree with this statement. I think that for its time the Newton was great, however it's aging fast so the innovation is slowly outweighed by the technological leapfrogging that is occurring in the industry.

I am interested in seeing if this whole apple tablet will come to fruition and what it will look like.
Ο Φοβερός
Comments

I love the Castlevania Games (I just wish I had gotten a Nintendo DS so I could play more of them!)

Nokia is making a netbook? Which runs Windows 7?

I am shocked! I was expecting some sort of netbook out of them, but I wasn't expecting Windows. I thought that they were going to do something with Maemo instead...

I think it's quite funny - and probably true. TUAW had it rated NSFW but I don't think it's a problem (unless your work place prohibits the colloquial word for feces)