Friday, Sep 30 2011, 17:47 Apple, iOS, iPad Permalink
It's been about a week with my adventures in iPad land and I can't wait for iOS5 to hit! The two functions I miss the most from my jailbroken iPhone are multifl0w (and alternative app switcher that looks like expose) and LockInfo (information on your lock screen).

One the one hand, the smart cover makes it so that I almost never see the lock screen, but the app switcher can be an issue. I just don't understand why apple-tab wasn't implemented on the iPad to switch between open apps - that would have been über cool and quite useful.

The other issue is access to Google Docs, not something Apple can fix.  I downloaded QuickOffice HD, which is a pretty nice app, but it doesn't support the commenting feature of Google Docs, something that I use a lot. It would be awesome if Google had some native apps for Google Docs on the iOS that supported all the features :-)

Other than that, I am liking my iPad. I've started an experiment to see if I can go paperless this semester - let's see how that works out.
Ο Φοβερός
Comments

Alone in the dark: the bad camera work! 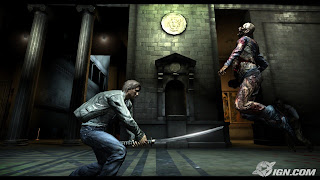 The main problem with this game is control of the character (whatever the heck his name is) and camera control (or lack thereof).  I can switch between first person and third person view (for some things anyway), but it's really hard to not get dizzy while playing this game.  I guess this game necessitates being more awake and more patient.  I've often found myself just putting the game down  for the evening because the camera angles and janky control scheme is just frustrating.  In comparison Halo 3 and Quantum of Solace were much easier to pick up and play when you were a bit tired and got you into the action in a much more pleasant way.

More thoughts about this game to come as I play more...
Ο Φοβερός
Comments

Friday, Sep 23 2011, 17:09 MBTA, nintendo, SNES, Transportation, VideoGames Permalink
I love a good Mashup!
This is a mashup I found posted by one of my Facebook friends depicting the metro system in Boston (what I use every day) as something from Super Mario World :-)  Too bad it doesn't include the commuter rail system ;-) 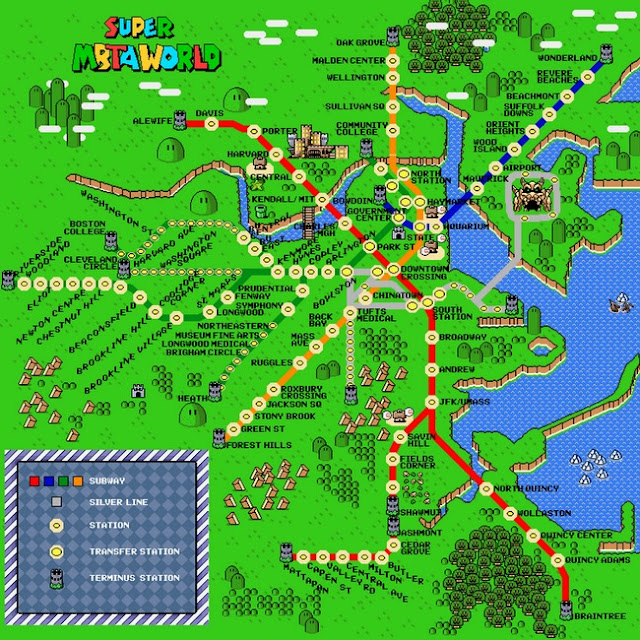 Thoughts on Quantum of Solace 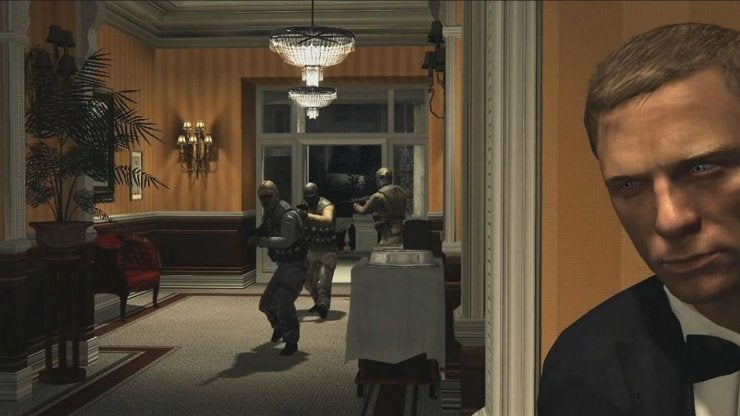 It's been a while since I finished Quantum of Solace on the XBOX, so this mini review (and thoughts about the game) is a tad bit late - but given that the game has been out for a while it's quite alright ;-)

The thing that really struck me about this game as how short it was in comparison to other FPS games that I've played on the XBOX. I think that it only took me a few weeks to finish (so based on my game play that would be about 20 hours?) where other games have taken me much much longer to complete.  Yes it is true that I did play the game in easy mode, and it's probably true that I am getting better at FPSs since I've played quite a few of them, but it really did strike me as rather short game play.

The game was enjoyable, I had seen Casino Royale a long time ago but I had not seen Quantum of Solace so there wasn't much repetition in my entertainment experience. The controls are as you'd expect an FPS's controls to be, and the learning curve is pretty easy.  I did finish the game with only 16 achievements, so I guess  I need to go back and play the game in harder modes to get those badges...and also do the odd little things (like shoot all satellite dishes in Sienna) to get other achievements. While the game was enjoyable, and easy-ish (even in hard "007" mode), I don't know if I want to revisit the game so soon after I am done.  Perhaps I should go onto Alone in the Dark now, and come back to this later.

Is Assassin's Creed: Revelations out yet? ;-)
Ο Φοβερός
Comments

Saturday, Sep 17 2011, 14:15 Google, Idea, Internet Permalink
The other day I was thinking about some blog posts to write and I inevitably came to the conclusion that I often reference people in my blog posts.  Sometimes those references happen to be to specific blog posts, in which case I link to the specific blog post in question.  Most times howerver I am interested in just mentioning a person.

For example if I head from @cdetorres that LoudCloud LMS is insanely expensive, and I wanted to mention that in a blog post, @cdetorres is obviously a Twitter handle, but  when you are reading this post @cdetorres is not underlined and it does not take you to his twitter stream.  If I wanted to make mention to someone I share information with on Google+, on Google+ I would add a plus sign and then add that person's name (+Apostolos Koutropoulos would be mine for example).  Facebook has similar functionality for mentions.

Back a number of years ago, when I was experimenting with various blogging platforms I was experimenting with LiveJournal. LiveJournal had (and probably still does) have a way of connecting people you mention in your blog posts to their LiveJournal profiles - of course the caveat is that the mentioned people have to have a LiveJournal account.  This is a great feature, but I don't use LiveJournal, and most people I know don't.  So how about a Blogger People Connect? If you have a Google+ account you can automatically link to people by putting  +TheirName, but if you don't (or want to use additional services) you can tell Blogger your Facebook and Twitter handles and anytime you start to type something that looks like an @username Blogger can recommend people to link to - no fuss.