One mor bites the dust... Ever since Google got rid of the "share on reader" and "share with note" options in favor of the "+1" in Google Reader I've been not using the web version of Google Reader. Of course, google just evolved the handles for these two sharing options from their web reader, they did not remove the underlying functionality. As a matter of fact it's still there, which meant that apps like byline have been able to share items on the google shared page...but apps have also slowly been removing this functionality steadily since google did this.

Well, byline, the app that I've been using since I had my second generation iPod touch, just updated their app on the iPad to not include google's deprecated functions. I guess I will have to keep using byline (non universal) on the iPhone and Perfect RSS and hope that these don't remove the functionality. The kicker is that none of those apps support +1, so even if I wanted to switch to the stupid +1 I can't, at least not on an app. A couple of days ago I went through and I completed Gears of War 3. After completing the Gears of War triple pack, which I got last Christmas, I decided to just buy the limited edition of Gears of War 3. I was playing Stranglehold at the time Gears arrive in the mail, but I put it down like a hot potato in order to start this third one. In all honesty, I am not sure how many achievements I got, probably less than half, but I did get  so into the story that I guess it doesn't matter. I can always go back and find the items that I missed and kill the lambent and the grubs in new ways.

I wasn't quite sure how this game would end, but the thrill ride kept me going and going as a game, even when I put it down to play some Star Trek Online, when I got back to it, it's like I had never left. Maybe after a while I can go back and play all three on the insane level ;-)

So, in this story we know what the emulsion is (well, sort of, but I am not sure who developed it) and we know how the lambent were made. We also got some basic information about the grubs, but not a ton. The main thing is that this is not Earth (at least I don't think it is).  One of the things that made this game easy to get into (in addition to having built up the story thus far) was that the controls are exactly the same as the other two, so it's easy to get in there and get into the action.  The one thing I noticed was that each Gears game has had 5 chapters.  I am sure this was done on purpose.  I wonder if there is anything to the number five.

The game leaves off in an air of finality. The next Gears of War game will be  a prequel and won't feature Marcus. Not a bad choice, but I am quite curios to see what happens now, especially since the entire world seems devastated.  This was a nice game, like the last two! :-)
Ο Φοβερός
Comments

Wednesday, Oct 24 2012, 19:00 Entertainment, Games, Halo, VideoGames, XBOX Permalink
I came across this live action launch trailer for Halo 4 the other day.  It's pretty interesting, and it makes me wonder if, as part of Halo 4, we will see more flashbacks from the Master Chief's past.  Having read all Halo novels up to this point, I know what has transpired (at least from a novelization point of view) up to this point and how Master Chief became Master Chief.  As with any book I've read, I get excited when these things hit the screen and I see how directors, screenplay writers, and actors interpret what's been written in the books.  Sometimes it stinks, and other times it's quite good.

I must admit, I wasn't that excited about most of the forerunner related Halo books, so I hope this reclaimer trilogy that's starting with Halo 4 redeems the books.

This weekend, through some bizarre confluence of spare time and family visits, I spend (what seems to be) a crazy amount of time with Star Trek Online.  I now can appreciate the addiction nature of MMORPGs.  While I have not joined any guilds (or fleets, as they are called in STO), and I have elected to continue to play solo, it is really easy to just go for one more mission, and then realize that several hours have gone by. Luckily my personal limit is 3 or so hours, 4 if I was well rested before starting.  I really don't know how people do this all night.

In any case, I am now at level 30, which gives me the rank of Captain (woohoo!), and of course the pick of one of three Star Trek (TNG, DS9, VOY) ships.  I liked the Galaxy class (TNG) as a kid, but ever since DS9 the Defiant is my ship of choice.  Oddly enough, I decided to go with the Interpid Class ship (VOY) given that it seems like a better balance between Defiant and Galaxy.  Maybe once I make 3 pip Admiral I can go back and get the Defiant as another ship ;-)

Despite being 3/5 leveled up, there are a few "huh?!" and "aha!" moments:
Ο Φοβερός
Comments

Made it to Commander!

Sunday, Oct 14 2012, 15:30 Entertainment, Games, MMORPG, StarTrek, VideoGames Permalink
I've been playing Star Trek Online now (tempted to go for lifetime membership, but not sure I want to spend the money), and this weekend I made it up one more rank to Commander (level 20 character) which not only gives me a new ship (went with an Akira class escort this time), but also unlocks the Klingon missions too!  I think I will leave the Klingon missions alone for now until I level up to Admiral on the federation side of things :-)

In any case, to get to my current level I finished Episode 1 (the Klingon Front) and I have to say that the most frustrating mission was the Doomsday Machine.  Early on in the mission you have to disable a bird of pray, and destroy its escort.  Well, I had jacked up the difficulty so that the bird of pray was a challenge, but the destroyer was impossible! Thus, when I disabled the bird of pray I boarded it and continued the mission without destroying the escort. I went all the way to the end of the mission and the mission failed to resolve. WTF? I lost an hour of my life playing that mission and nothing happened...other than being asked to play it again.  I did so 4 more times with the same result, failure to get the credit for the mission.  What the heck was going on?

That said, it's all behind me now, and I am looking forward to making captain ;-)
Ο Φοβερός
Comments 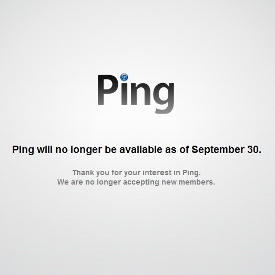 Well, shows you how much I used Apple's Ping social network!  It went offline at the end of September and I only realized it because it was mentioned on the Engadget podcast ;-)

Ping was Apple's music social network, only accessible via iTunes.  This project was doomed from the start, and Apple seemed to be the only one not to know (or acknolwedge it).  Something that lived within iTunes would not appeal to everyone (heck, it didn't appeal to me an I am an iTunes user). It also didn't appeal to me because I was a last.fm user at the time (and still am) where my music listening gets recorded, and I get to listen to free music (unlike iTunes).

If you want to discover new music, Pandora and Last.fm are better and if you want to connect with your favorite artist, why not connect on his facebook or Google+ page, or twitter?  I am wondering what apple was trying to do with this :-)  In any case, adieu!  I am sure you won't be missed ;-)
Ο Φοβερός
Comments 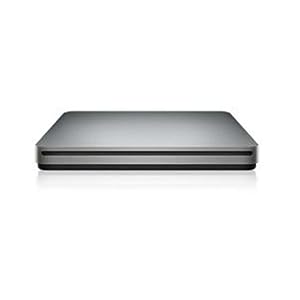 Then, I tried plugging it into my Samsung Slate so I could upgrade it to Windows 8. It got recognized, hallelujah!  Tried putting the disc in, and again, it won't accept it.  Apparently this is a common issue... WTH apple superdrive? Can't you just work?!  Now looking for a non-apple external drive that will work with both my Mac Mini 2,1 and the Samsung Slate.
Ο Φοβερός
Comments 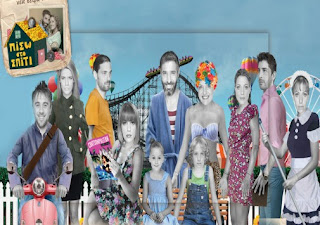