Some series finales, some thoughts

Over the past month or so a few shows (that I watched) have had their series finales, but I haven't had much time to really write about them.  I thought a quick abstract of each would be good, just for posterity purposes ;-)

Fringe
I have to say that I really liked fringe! I wasn't quite sure where it was going during the first season. It seemed like the X-Files for a new generation with the weekly fringe events happening. Then came the mirror universe, and then the invasion of the observers. I think the show had a good run. It could have gone another season, but it went out with a bang! Overall, I am quite happy with the ending, and hey, it was WAY better then the LOST ending (which was a major disappointment!)

Last Resort
This was a new series that started last fall, following the plot by some elements of the government to start world war 3 or something.  I think this was a great series that was cancelled before its time! Last Resort tied things up in a satisfactory way in the end, but it really felt rushed.  Too bad it didn't get more seasons.

Leverage
Leverage was quite a good show of modern day Robin Hoods. The show actually had a number of seasons, and it was quite good, but it started feeling a bit long in the tooth. In the end, some people retired from robin hooding, and others took over the business of helping people who can't be helped by a corrupt system.  All things considered, a pretty good finale.

Flashpoint
Flashpoint was an awesome canadian cop drama. I don't remember how many seasons it had (I suppose I could have looked it up), but it felt like the series had at least one more season to go before they turned off the lights. Basically the show was Canadian SWAT, the stories and the characters were interesting, and it didn't feel like they were repeating themselves.  In the end, the series finale (a 2 part finale) was pretty explosive.  Too bad one of the side characters died. :-/ 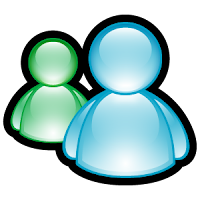 I was reading my email this morning and I got a note from Microsoft telling me that they are trashing Windows Messenger and keeping Skype in it's place.  The truth is that I haven't used messenger in quite some time, but with Windows 8 I was looking forward to having it run in the background so I could use it for messaging (sort of how I have iMessage logged into my Yahoo, MSN Live, and AIM accounts all the time).

I did go through the process to consolidate my MSN/Live/Messenger account with my personal Skype account but all I see are my Skype contact, not the people I had on Messenger.  Very odd.

Oh well, Messenger, we've had some good times you and I.  We connected with very many people all over the world, you frustrated me because the Mac version didn't support the features of the PC version, and all my friends wanted to know why I could do X, Y or Z... Sad to lose you, but at the same time, it's time to move on :-)

Now, I wonder if Yahoo Messenger is going next ;-)

Original Message (Yes, it's in Italian. For some reason Microsoft is sending me all messages in Italian, but I don't care much since I can read it :p) [Spoilers] A week of so ago I completed Red Dead Redemption on the XBox. This was a game that I had borrowed from a friend.  I had heard quite a lot of good things about it, but - honestly - the cover art really didn't sell the game for me (enough to buy it with my own cash) - so I traded with a friend.  They do say don't judge a book by its cover, and I guess this holds true for video games as well :-)

Generally speaking, I am not a big fan of the Western Genre (maybe I've seen to many bad westerns), but I really liked this game. The main character is quite endearing (you wouldn't know from the cover art), and the story is quite compelling. I have to say that, after going through the entire game, I was really annoyed that the John Marston died in a blaze of bullets. I guess this might be a western genre thing, but I was hoping for a happier ending.

To get the end credits to roll, you play Marston's son, later on in his life, and you hunt down the Pinkerton detective that did John in. I am wondering if there is a sequel coming (I hope the kid's personality is developed a lot, 'cause he was quite annoying ;-)  ).

As far as achievements go, this was quite low for me. I just didn't care enough to do a ton of side missions, and the hunter-gatherer thing seemed like it wasn't that integrated with the game; at least not integrated enough to make hunting and gathering really important to the progression of the game.

At the end of the day
Overall grade: B+/A-
Ο Φοβερός
Comments Happy new year to all!

Just in time for the new year,  I completed Assassin's Creed III which I got as a Black Friday deal on Amazon this past Thanksgiving (warning: spoilers!). I put Red Dead Redemption on the side for this game and I have to say that I enjoyed it a lot! I had seen the previews where the main character (ancestor) was an Algonquin Indian, so I was quite surprised when I started playing as Haytham (and English person) - and much more surprised to find out that Haytham was a Templar...and he is related to the Miles!

So, it seems like everyone was complaining about the ending. Honestly, having watched so much scifi (especially Stargate) the ending didn't surprise me at all.  Basically there was this ancient race on earth that was wiped out by a massive solar flare that they wouldn't avoid. They built something like an arc that housed their knowledge and (some of?) their consciences. The goal was to help future inhabitants of earth to avoid this massive natural catastrophe.  But, of course, there were different ways of accomplishing this goal (this reminded me of Babylon 5 in a way) and the younger race picked a way forwards (thus the Templars and the Assassins). Could it have been better (i.e. more imaginative?)  Sure!, but it wasn't. It is good, for what it is, and I assume there will be more games in this series, so the avenue for more exploration is open.

As far as other game stats go:
It's a bit disappointing that they didn't give out an achievement for synchronizing all points (those trees were a pain to climb sometimes!) and for clearing out all forts.  The naval battles were quite interesting!

Overall, I would say this game is a 8/10
Ο Φοβερός
Comments