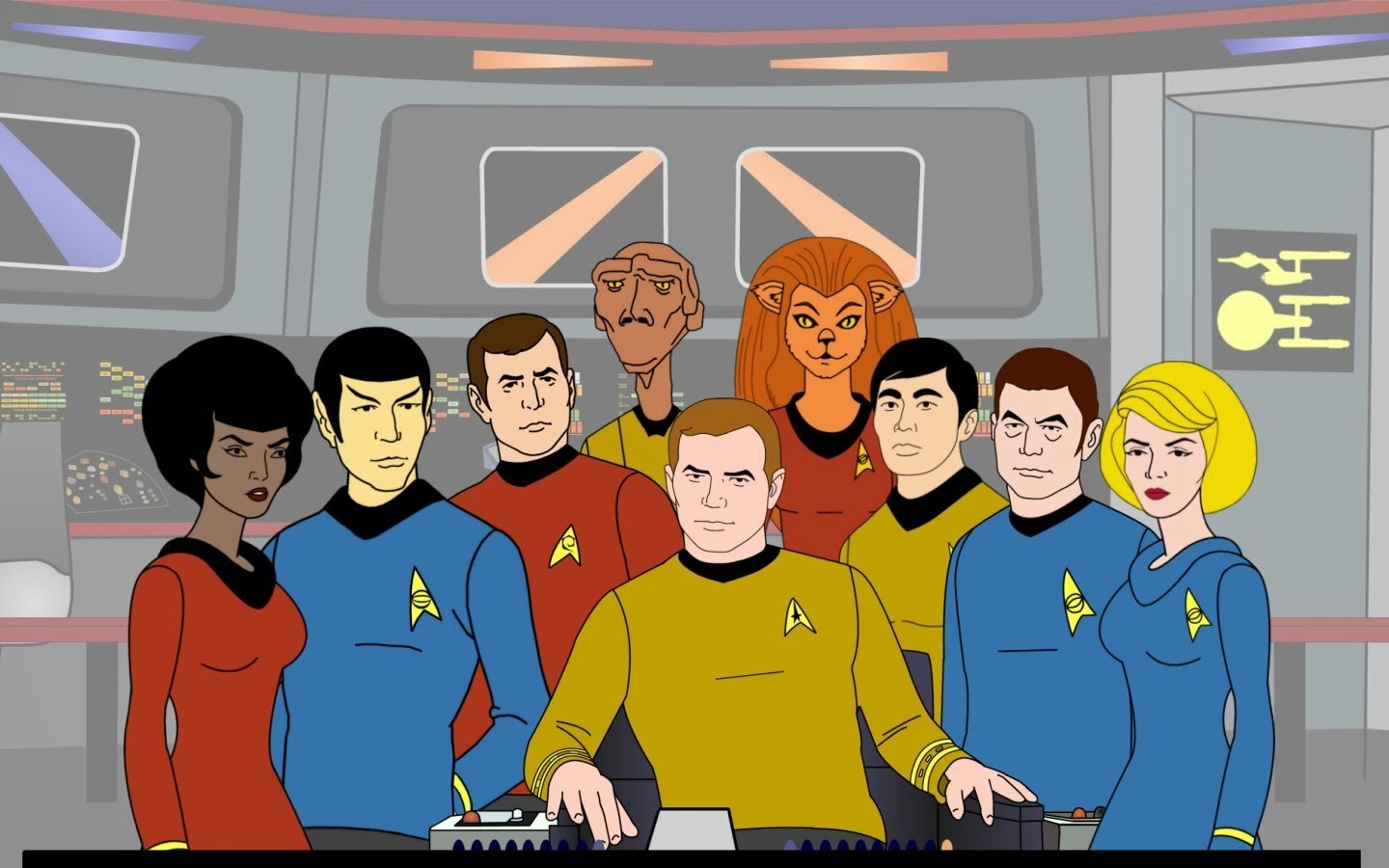 It's been a while since I started watching fan-made series, so I decided to write a few quick words on some of the fan-made Star Trek series I've been watching.

Dark Armada
This is a Dutch series as far as I can tell.  The whole series is a set of mini episodes that all together tally up to the length of one regular television episode.  At the end you have a cliffhanger: a dark armada coming the way of the federation with dark intentions.  What's going to happen?  Well, I don't know because no newer episodes were made.   The interesting thing about this series is that they designed their own interpretations of what Starfleet uniforms would look like, and they redesigned the combadge. Quite imaginative work.  On the minus side, the dialogue is pretty bad, and the acting is overdone at times.  Yes, it's a fan production, and people are having fun doing it, but that's not an excuse for bad dialogue ;).  Despite this, I'd like to see more!  I think they are recasting all the roles, so there might be hope yet!

Hidden Frontier (Seasons 3-7)
Despite having some pretty rocky first seasons, I ended up continuing to watch this fan made series all the way to the end.  It is true, what they wrote on their website, the last two seasons (6 and 7) were actually the better of the seasons.  By this time it seems like the cast and crew knew what they were doing and had the technology to something better as far as special effects integration goes.  The nice thing about this series, as a whole, were the connections to established Trek lore, and expanding upon the universe in an interesting way with the Gray.  The acting, while it did get better, was still a little hockey every now and gain, and I think they overdid the romance parts. Ending the series with a wedding also seemed a bit derivative, as in that was the ending of the Next Generation series.  Overall, not a bad series.  I'd give it a 3 out of 5.

Helena Chronicles & Odyssey
Both of these series are a continuation of the Hidden Frontiers original series. Chronologically they take place concurrently right after the end of Hidden Frontiers.  The Odyssey (name of the ship) ends up pulling a Star Trek Voyage and gets flung across the galaxy to the home quadrant of the Archein, while the Helena (other ship) stays in the same setting as the Hidden Frontiers.  The Odyssey tries to deal with the Archein threat over wherever the heck they are, while the Helena tries to work toward revealing a Section 31 plot, so they end up becoming the black sheep that all of Starfleet is after.  The third season ends with a two hour series finale for both series.  Overall the series were well done, the writing was good (better than the first six seasons of Hidden Frontier ;) ) and so was the acting.  The only thing that was never really explained was why the Archein were speaking Greek for their ancient mystical language. I did a double-take trying to figure out what they were saying during the first episode in the scene at the temple.

Star Trek: Phoenix
This was actually quite an interesting series. It takes place 35 years after the destruction of the Romulan homeworld (as seen in Star Trek 2009 I think) and it follows the crew of the USS Phoenix.  There is only one episode, part I of the pilot, and the narrative is told partly in the present day and partly in the  form of flashbacks to explain how the crew got to where they are.  We do know, at the beginning, that the ship is damaged, and the bridge module has lost compression, but we don't know why this happened and who caused it. Due to this damaged state the feeling of the ship (phoenix) is very much like Destiny on Stargate Universe, dark, low powered, partly destroyed, and filmed a bit in a washed out color. On-board you have SABREs stationed (special assault and battle recon excursion) which seem to be like the MACOs on the Enterprise (in the Enterprise series).  Their presence is disconcerting to other Starfleet personnel, and they are seen with a distrustful eye. Maybe they are section 31 operatives. The acting is good, the CG is not bad, there are new uniforms and new LCARS interfaces, explained I guess that this is in the future. Now, waiting patiently for episode 2.

Star Trek: Encarta
I have to say, this one was the oddest of the bunch. I did manage to see all four 4 movies, the first first dating from 1999.  Each movie in the series got successively longer, starting with 35 minutes (which some sources say was a high school project), to close to two hours with the last one.  The nice thing about this was that it had an interesting story arc, but the acting is pretty bad, and overdone.  I think that this was initially a parody of the Next Generation. I don't know if the subsequent movies were meant to be a parody, or if it was just bad acting ;-) The thing that was a annoying, cannon wise, that they used Klingon and Jem Jadar ships for other species.

Star Trek: The Animated Series
Well, I guess this isn't really a fan-made production, but something that is considered canon.  I guess this was supposed to be make up for the last two years of the original Trek's five year mission.  It is an animated series (as the name suggests) and the characters are voiced by the original cast.  All except Chekov that is.  They replaced Chekov with some sort of weird looking Alien.  They also added the Caitians as part of the crew.   I didn't pay really close attention to the series (it was pretty bad ;) ), but I did have it on while playing Star Trek Online.  I did notice that the Romulans were, for whatever reason, flying around in a Klingon ship in one of the episodes which was a little odd. One interesting tidbit seemed to me to be a connection between some species that showed up here, and species that showed up on Star Trek Enterprise. In the end, if you feel like you must see all things Trek, watch this. Otherwise feel free to skip :-)