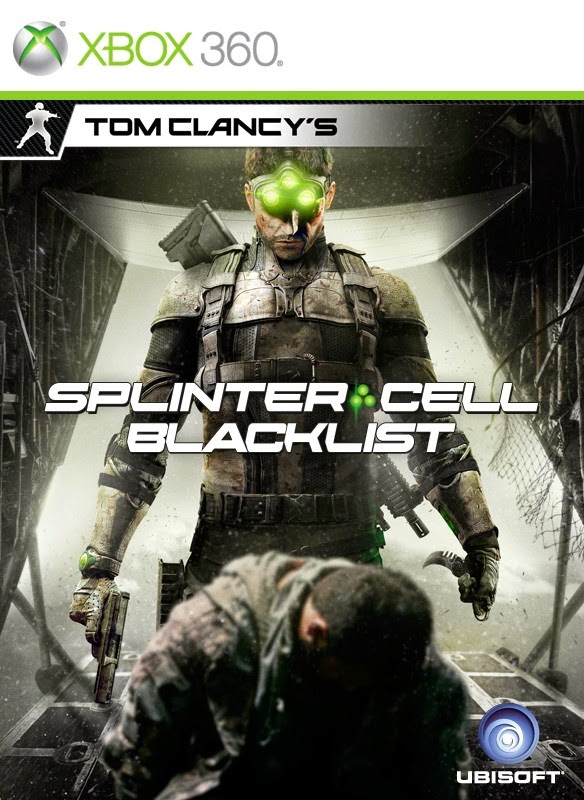 Over the weekend I decided to just play through the main missions of Splinter Cell Blacklist, which I have been plays for some time now, at least according to Raptr which clocks me in at 46 hours.  I've been trying to go through the side quests first, the Grim, Kobin and Charlie missions, so I can get some extra cash to upgrade my gear, but at the end I decided to just go through the main story arc (once I had upgraded Paladin fully, gotten all the goggles and some weapons and armor upgrades) so I can see what happens at the end of the story.

I guess that once you play one shooter, or at least one recent splinter cell, the game play mechanic is almost the same, and there is a fear that things will get boring and repetitive.  That said, I am glad to say that this game has a lot of WTF moments that kept me engaged as a gamer. The story was pretty great and it was something that kept me going. This is one of the reasons I decided to ultimately focus on the main mission and get the story arc done, as opposed to putting the story to the side in order to get more money.

The acting in this game was really good.  I have to say that the new voice of Sam Fisher was pretty jarring in the beginning. I had grown pretty accustomed to Michael Ironside as Sam Fisher, so having a new voice didn't sit well in the beginning, but I got used to the new Sam. Once again, I have to say that Carlo Rota is a fantastic actor. Really liked his work in this game as the main bad guy.  Really nice work!

Gameplay wise, I was pretty amazed at the assumptions that I made, as a gamer, as to what the game wanted me to do.  For instance, when I got to the end, facing off against Sadiq, there were two prompts on the screen: aim and fire, as you were fighting Sadiq in hand to hand combat.  My idea was to empty his gun's mag and thus make it useless. This of course didn't work because apparently he has unlimited ammunition.  What the game wanted me to do was to shoot him in the shoulder. It would be nice to have had the option to go my way.

For the side missions I did end up completing all of Grim's work.  I really liked the sneaking around to get intel.  I did one of Charlie's and one of Kobin's, but I ended up tripping a lot of alarms.  Maybe these are things that I will revisit once I play some other games, and I have an opportunity to play spies versus mercs.  The only type of side mission that I did not play were the Briggs missions which were mandatory coop. Since I tend to be a solitary gamer this didn't fly.  Too bad...

At the end, I got 15 out of 47 achievements, earning 195 points (or 37% completion). Seeing the achievements I missed, I can say that I would go back and play through the game again to get some (especially the spies vs. mercs missions) but this won't be for a while.  I have some more games that I have not played at all that need finishing on the main campaign :) Nice game! Can't wait for the next one in the series (although I am starting to wonder when Sam will retire).
Ο Φοβερός
Comments

Saturday, Apr 19 2014, 12:23 Entertainment, MMORPG, SciFi, StarTrek, VideoGames Permalink
It's nice to see Season 9 of Star Trek online coming out next week, too bad it's not coming out on Monday when I can actually play it (holiday).  Oh well. I guess I will have to play as much as I can in the morning before I go to work :)

Thus far I've maxed out Tolya (the Federation Admiral), and I am working on getting some of the loot (Dyson and Borg reputation systems) for the Romulan and Klingon. With the introduction of the sponsorship tokens I am happy that I don't have to grind forever to get the other two characters maxed out on the upcoming Undine Reputation. I am also running out of ship slots on all characters, so I think it's time to go in and decommission some early level ships (like the Akira class) that can't compete at higher levels, and most things I got at the C-Store, since I can always get those back.

I hope that by the end of the year I will be done with all of the reputation projects on all characters. The grind is getting easier (especially when you have a good PUG) but it's still a grind...

Tuesday, Apr 1 2014, 16:22 Games, Google, joke, maps, pokemon Permalink
I have to say, I am not a huge pokemon fan, but I think this is cool!  Too bad this is just an April Fool's joke.  Then again, knowing that Google has Niantic Labs and Ingress, what's there to stop them from creating something like this?  I say go for it :)  Create an augmented reality pokemon game using google maps ;-)