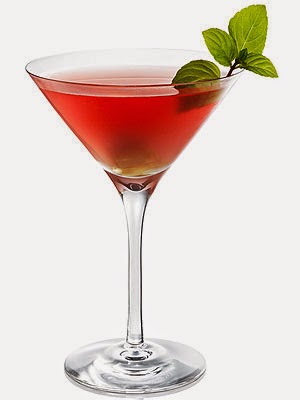 This past weekend both my Google accounts (because for some reason I needed 2 Orkut accounts ;-) ), got a notice that Orkut was (finally) closing down. Back when Social Networks were new (or new to me), back in 2004, I had created social network accounts on a lot of networks. I was interested in comparing various functionalities and affordances of each platform so I could decide what to call the "home" network.  Of course, the power of the social network, tends to lie with the amount of users on it, and not necessarily on what it offers its users.  So, Orkut (for me) fell into disuse because most of my friends, family and colleagues were on Facebook (and to some extent MySpace).  Orkut, for some reason, was big in India and Brazil, and since my connections weren't from either of those countries (with the exception of a couple of MBA classmates), the network wasn't that useful to me.

What does surprise me is that Google took this long to pull the plug.  It's not like Orkut was the big social network that would be replaced by Google+.  At best it was quite a regional network for good, so why not pull the plug and a few years back, once some initial kinks were worked out of Google+, and migrate users then? If I had a choice of what to pull the plug on (Google Reader vs Orkut) I would have gone with Orkut.  Oh well. For old times sake, here is what a standard Orkut profile looked like (and yes, I had no friends on it...) 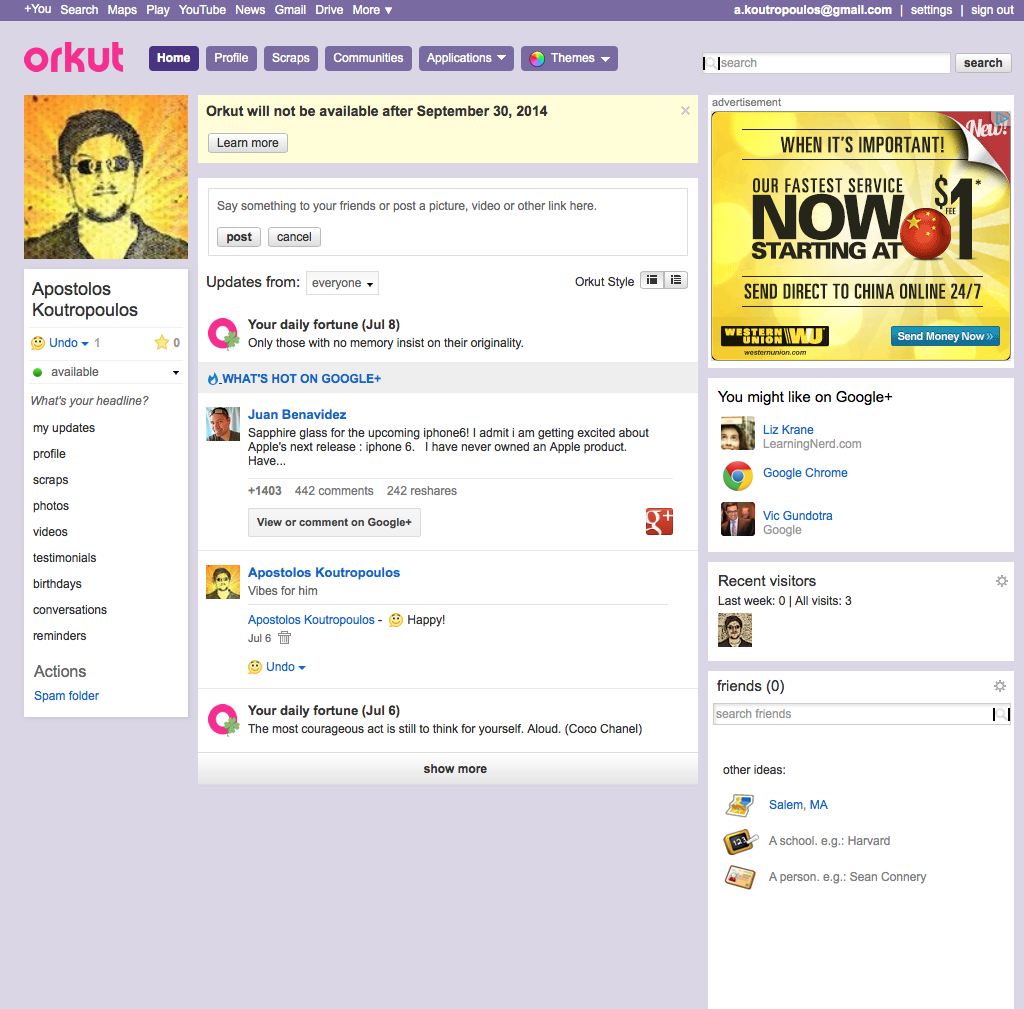 Here is the official notice:

After ten years of sparking conversations and forging connections, we have decided it's time for us to start saying goodbye to Orkut. Over the past decade, YouTube, Blogger and Google+ have taken off, with communities springing up in every corner of the world. Because the growth of these communities has outpaced Orkut's growth, we've decided to focus our energy and resources on making these other social platforms as amazing as possible for everyone who uses them.
We will shut down Orkut on September 30, 2014. Until then, there will be no impact on you, so you may have time to manage the transition. You can export your profile data, community posts and photos usingGoogle Takeout (available until September 2016). We are preserving an archive of all public communities, which will be available online starting September 30, 2014. If you don't want your posts or name to be included in the community archive, you can remove Orkut permanently from your Google account. Please visit our Help Center for any further details.
It's been a great 10 years, and we apologize to those of you still actively using the service. We hope you will find other online communities to spark more conversations and build even more connections for the next decade and beyond.
--
I guess soon there will be nothing else to see here. Adieu Orkut! 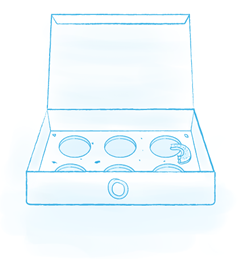