Tuesday, Feb 28 2017, 11:30 #facepalm, Ελλάδα, Νέα, τροχαίο Permalink
Saw this in the Greek news yesterday.  Greek millionaire's son drove his Porsche like a jackass (there is no need to be driving at those speeds!), lost control, smashed into a parked vehicle killing all of the occupants. One of them was at the WC when the incident occurred, coming out to realize that his family is now dead.  What the hell is wrong with people :-/  The incident happened on the national road from Athens to Lamia.

The perfect pac-man score (and the guy who beat it)

Woah!  that's all I have to say! (via Alec Couros on Facebook)

Song that fits well with the #metanastis theme. I think I probably heard it for the first time about 20 years ago. 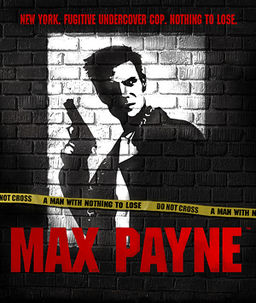 A while back I had bought Max Payne 3 on super sale for my xbox 360, so I thought it a good idea to go back and play the previous two.  Even though I have the original xbox discs for Max Payne, and Max Payne 2, it seems that the backward compatibility was throwing up some hiccups for the original Max Payne.  Luckily Humble Bundle had it on super sale ($2?) so I got it for steam.

Max is a former NYPD cop, working undercover for the DEA when he gets implicated in a series of crimes; this after he finds his wife and child murdered by junkies (who we later find out were on some new designer drug developed for the US military).  The game starts off at the end, with the cops surrounding Max, and we immediately go into a flashback, 3 months earlier, to see how he got here.  What follows is an adrenaline fueled third person shooter (well, I suppose all shooters are adrenaline fueled).  Having been released in 2001, one of the key mechanics of the game is bullet-time, originally debuted in the film the Matrix.  By enabling bullet-time you are able to shoot more at your enemies, with higher precision, while avoiding their own harmful bullets.  Let me tell you, I used bullet-time a lot, like it was going out of fashion!

The game's graphic are very indicative of 2001.  Wheels on cars don't turn, the character's limbs seem quite weird and disjointed, and the facial closeups just look weird at times (even Max's smug smile!)  The game does have some interesting interludes both between stages and a during the various stages where the story is told in comic-book format (something that I enjoyed). In two of the stages, at the start, Max is drugged, and the first stage is his working through his feelings (I guess) while trying to get the drugs out of his system.  The game seems to break the fourth wall by having voices tease Max that he is just a character in a video game. 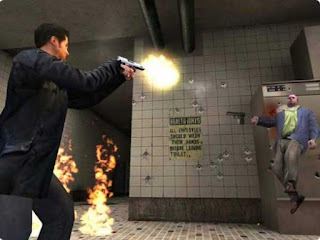 The game was pretty fun to play, and in the end (after about 9 hours of play according to Steam), Max gets to take care of business by eliminating the mafia folks that killed his family.  He does get arrested, but the game ends in a smug Max (I am guessing it's a smug smile, since his smiles at time seem like he is constipated) being arrested, but it looks like his undercover operation is known, so he won't be heading to jail.
Overall, this was a fun game., despite having the background audio play whenever the heck it felt like playing.  No achievements though since the game predates those. Time to play part 2...
Have you played Max Payne? What do you think?

This week in Russian Music

I don't know if this was something that was on the charts, but I've come across Leningrad (the band) before, so it might be something that's bubbled up.  This comes across from The Verge.  As with the Verge's warning: graphic video content ahead.


Кольщик by Ленинград
Verdict: Liked it.  Wonder if I should get an album (or two) of theirs...

Sev Trek: The spoof of spock

Kirk should have had more meaningful relationships in his time :-)

Portal, on the Apple II

I love seeing retroisms like this :)  Someone programmed portal on the Apple II using Applesoft BASIC!