Con Mans Spectrum #0 by Alan Tudyk
My rating: 4 of 5 stars

Interesting comic which sets up the firefly-like universe of ConMan's fictional universe. Too bad that the story doesn't seem to progress past issue 1 (maybe do a spin-off? ;-) ) Maybe I should check out issue 1 on Amazon.  Con Man is (was?) one of those crowdfunded  mini series (now on the comicon channel on Amazon) that explored the fandom around a TV show (much like firefly) cancelled before its time.  The comic basically aimed to provide the backstory of that fictional unvierse.

The Secret History of Star Wars by Michael Kaminski
My rating: 3 of 5 stars

This was an interesting book to read. I am much more of a Star Trek person than a Star Wars person, but it was interesting to see how the sausage was made. The key question that came to mind as I was listening to all the revisionist history of this franchise is this: Who really owns (in an intellectual non-commercial sense) a published work once its published? Is it the author? Or is it the readers/viewers? With all of this revisionist history happening, I am wondering if Lucas really doubt that there was a grand narrative and world building from the onset (in Tolkieneque fashion).  It would be better if Lucas owned up to the fact that he didn't have it all worked out from the onset and go from there.

Review: To Mooc or Not to Mooc: How Can Online Learning Help to Build the Future of Higher Education?

To Mooc or Not to Mooc: How Can Online Learning Help to Build the Future of Higher Education? by Sarah Porter
My rating: 2 of 5 stars

I've gone back and forth deciding whether to give this book 2 stars or 1 star. The book wasn't awful, but it was really not all that great. It is a very high level view of MOOCs, written partly as use-cases, and the audience tends to be university administration rather than faculty and instructional support staff. Because it is written as such a broad level, without a ton of specifics, its generality becomes its own demise. It's too broad to be of use to most people. I don't really want to poo-poo someone's work, but I really didn't see much utility in this book.  At least it tried to be fair and balanced (or so it seemed) and it wasn't just an attack on MOOCs like other books that rushed to publication around that time.

Sunday, Jan 21 2018, 10:32 Entertainment, FanFilm, splinterCell, ubisoft, video games, VideoGames, youtube Permalink
Part II of the Splinter Cell fan film was released this past week with 20 minutes more of the prequel story. It was an interesting video to watch (and now I'm waiting for Part III which I assume wraps up the story), but some of the dialogue seemed to be a little odd for the character of Sam Fisher and it sounded a little more like a generic action hero. Perhaps we can write it off as this being a younger, less experienced (more volatile?) Sam Fisher?  Looking forward to part III

The six comic arc for this story was quite an interesting "pilot episode" for a Next Generation Mirror Universe crew. Picard starts from the Stargaze and...ummm...earns (?) his way onto commanding the I.S.S. Enterprise. This was an interesting glimpse into the Terran Empire at the time of the Next Generation, but it doesn't really connect a ton with the narrative put forth by TOS and DS9  - Spock's reign making the empire "soft" thus allowing the Klingon-Cardassian Alliance really kill off the Terran Empire.  I guess I need to review those DS9 episodes to really remember. It's possible that "Smiley" O'Brian was spec-ops, hence not in Terra uniforms...

Wednesday, Jan 17 2018, 09:23 comics, dissertation, gamercat, PhD, School Permalink
From last week's gamercat (I think the author is taking a break).  As for me... not so much...full steam ahead for dissertation proposal.  The literature review is half way done. I've completed writing the MOOC part and I am moving onto the Collaboration part.  The MOOC part still needs editing, and it would make any APA aficionado weep, but the core is there. 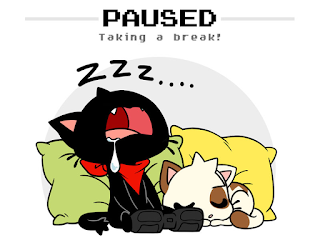 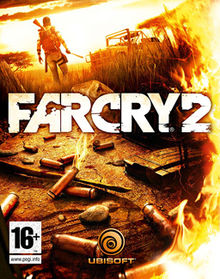 Last semester I began to play Far Cry 2 on my xbox 360 on my free time (free time, LOL - I suppose that's why it took this long to complete the game :p)  I got the game as part of a far cry pack a few winters ago, and with the pile of 360 games becoming smaller and smaller, this series was next on my list.  Far Cry (the original) wasn't available at the time, and it seems that the stories are not related, so it's just as well that I started with Far Cry 2.

Anyway, the story takes place in a fictional, war torn, African nation. The government has fallen and the two opposing sides are fighting with one another and the borders of the country are closed.

//Wikipedia summary of the first part of the game:
The game starts off with the player given a mission to kill the infamous arms dealer known as "The Jackal". The player's character lands in the northern territory of Leboa-Sako and is introduced to the harsh reality of life in the country. On the way to the town of Pala in a cab, the player character begins to suffer from the effects of malaria and passes out. He awakes inside a hotel and finds the Jackal standing over him. With the player incapacitated by illness, the Jackal briefly offers some insight into his philosophy, quoting from Friedrich Nietzsche's Beyond Good and Evil about the will to power. He threatens to kill the player character, but ultimately chooses to spare his life and leaves, stabbing a machete into the wall for the player character to retrieve.

Meanwhile, the ceasefire in Pala has collapsed and the UFLL and APR are engaged in open fighting. The player either passes out with malaria after managing to escape or is severely wounded before he can escape. The player is revived in the camp of one of the faction lieutenants in the area (either Anto Kankaras or Joaquin Carbonell of UFLL, or Walton Purefoy or Arturo Quiepo of APR). In return for saving the player's life, the lieutenant orders the player to conduct basic errands. The player meets a journalist named Reuben Oluwagembi, who is writing a book about the conflict and the Jackal's part in it. He requests that the player find the tapes of his interview with the Jackal, scattered over the region. Once the player has acquired some malaria medicine from a priest who is helping civilians escape the violence, the player is given the freedom to choose their next mission.

The player is forced to work with both the UFLL and the APR in Leboa-Sako, each using the player as a deniable agent in order to avoid a full-scale war. When the player is in the faction HQ before he is taking a mission, conversations are heard between the faction leader and the mercenary leader; for example, on one occasion they discuss the rumor that the Jackal has cancer and only a few months left to live. In addition to the hunt for the Jackal, the player can provide the Underground with stamped travel documents for refugees in exchange for anti-malarial drugs, ambush convoys of weapon shipments in order to gain access to a greater variety of weapons and equipment from arms dealers, and assassinate targets acquired by intercepting signals from various cell-phone towers in the area for extra diamond payments.
// End of Wikipedia summary 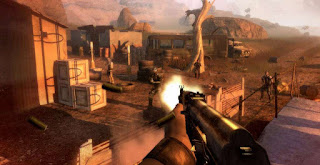 In terms of game play, the game felt like other shooters I've played in the past.  You can earn cash (diamonds in this case) to purchase new weapons, weapon upgrades, and skill upgrades, you earn said currency through completing UFLL and APR missions, as well as any side quests you may wish to complete.  By helping out other mercenaries throughout the game you also upgrade safe houses where you can stock up on ammo, health, and save your progress.  The game world is HUGE...or at least it feels like it.  There is lots of driving in the game just to get from mission location to mission location.  There are 5 waypoints on the map which can potentially cut down on travel time, but if you have stolen a vehicle you particularly like, you can't take it with you. The waypoints are bus stops, and I've never been so happy to use public transportation as I am with this game :p

The controls of the game were pretty good, no complaints there, but the story really robbed you of a "happy" ending for your character. The Jackal turns out to be a morally grey character throughout the game, and with your help you end up saving refugees of that country fleeing to neighboring countries to avoid the violence. However nothing is really said about what happens to you. In the end the screen fades to black and we get text of what happened to the reported you were helping, with not mention of you. I suspect that as a mercenary you could basically be killed and no one knows what happened, you could be alive and no one knows, and you could do heroic things, and no one knows.

From a story perspective there were two things that really annoyed me:
1. You are never cured of malaria.  You can keep getting drugs through resistance missions but throughout the game you can only mitigate the effects of the sickness
2. All those buddies you helped throughout the game, yeah those guys who upgraded the safe houses, yeah...they turn against you in the end and you have to take them out.  So much for camaraderie...