Star Trek: Waypoint #6 by Gabriel Hardman
My rating: 3 of 5 stars

Interesting collection of short stories from the Star Trek Universe. I think my two favorites were Naomi Wildman's comic, and the Phase II era stories. Reading the stories in this anthology made me wonder if we'll see any Phase II era stories pop up in the future.  It might be an interesting look in an alternate era.

Airship Enterprise: The Infernal Machine by Brian Denham
My rating: 3 of 5 stars

This was something that had come across kickstarter a while back (before I really looked at kickstarter). It is an interesting take on Star Trek through a steampunk lens. I am not all that interested in steampunk as a genre but this wasn't a bad story. I think for Trek fans you'll find enough to keep you going, and see enough parallels to Trek, that will make the story compelling.

Galaxy Quest: The Journey Continues #4 by Erik Burnham
My rating: 3 of 5 stars

This comic book series wasn't that bad but it really felt sort of like a rehash of the movie in the setup. I wonder if this was meant to be a reboot, or kickstart, of a Galaxy Quest series of comics, and they just didn't get the response that they needed to continue to create new materials in this universe.

This was an interesting side story to the Z-Nation series. The writers somehow managed to make this universe more disturbing with zombie cows, zombie whales, and cruise director that takes over a cruise ship and enslaves the passengers. One of the things that isn't really addressed in most zombie shows and movies is whether or not the virus (or whatever it is that makes you into a zombie) jumps the species barrier.  I wonder if we're going to see this on the TV show in coming seasons. 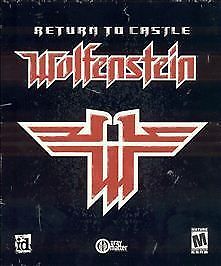 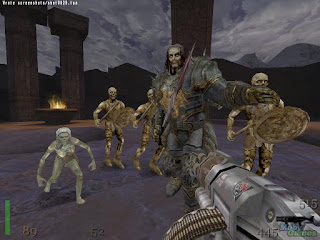 Review: Thinking Collaboratively: Learning in a Community of Inquiry

Thinking Collaboratively: Learning in a Community of Inquiry by D. Randy Garrison
My rating: 4 of 5 stars

Interesting book to read, especially the section on Leadership as it connects to the community of inquiry framework. When the CoI was recommended to me (for my dissertation), I didn't really think a ton about it because the only context that I had encountered it in was classroom communities.  However, diving deeper into this topic I started to see connections beyond the classroom community.  The CoI can be applied elsewhere as well, and this was one of the books that really pointed it out to me.

Another book I read over the summer but I didn't have a ton of time to write about. A nice, short, interlude between books where we see what life on Mars is (sort) of like, and how badass Bobbie Draper is ;-) I don't recall seeing this 'on-screen' on the TV show, but maybe this is something that's going to be shown before season 4. I thought it provided a nice background into the universe.

Caliban's War by James S.A. Corey
My rating: 4 of 5 stars

It's been a while since I read this, but I haven't had a ton of time to write about it!  This was a good continuation to the first novel. I held off to read this until I thought the TV show had covered it, but I think I shouldn't have. This book pretty much corresponds to the second season of the expanse TV, which really amazes because of how close the book and the TV show are. This was pretty engaging, and I am interested to see where this goes for book 3!  The one good thing about watching this after the TV show is that I have a mental image of what people look like.  Some might see this as a detraction, but I like the visual aid