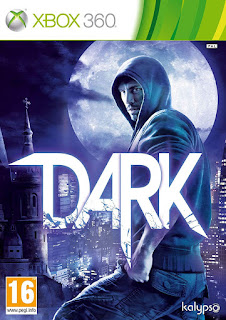 Hell's Heart by John Jackson Miller
My rating: 4 of 5 stars

This book had me reacting out loud while I was listening to it. It was a rather interesting story of succession in the house of Krug (from Star Trek IV), and a rather interesting tale of discommendated, and what happens when the children of those who are no longer considered part of the community refuse to accept a system that is inherently stacked against them for no good reason. Worth a read.

Defiance:The Essential Guide by Syfy
My rating: 4 of 5 stars

I was reminded of this ebook while rewatching Defiance this summer. This was a "getting to know the world of Defiance" sort of book.  I think it mostly focused on the TV show, even though Defiance was originally envisioned as a transmedia type of franchise (with the eponymous MMO still running/limping along to this day). Too bad the show was cancelled, but kudos for putting out a guide to the world created in the show. It would have been great to include more of the language related aspects as part of this.  Now, if only I could get my hands on a few Votan fonts...

Star Trek vs. Transformers by John Barber
My rating: 3 of 5 stars

Another cross-over, this one a bit more recent I think compared the DC Legion of Superheroes one I read.  An interesting Star Trek: The Animated Series cross-over with Transformers. A bit campy for my tastes, but if you view it from an animated series perspective it ain't half bad. I guess Transformers is now in the official beta continuity of star trek ;-)

Star Trek / Legion of Super-Heroes by Chris Roberson
My rating: 3 of 5 stars

I've been making my way through various star trek comics and books this year.  This one I got from Humble Bundle (I think) a while back and it's a cross-over between TOS and DC's Legion of Superheroes.   It wasn't a bad story, but the DC Superhero part didn't really grab me all that much. I guess this would do better with a DC comic fanbase than a star trek fanbase.

Review: Star Trek: Save What From Heaven is With the Breezes Blown

Star Trek: Save What From Heaven is With the Breezes Blown by Mark Largent
My rating: 4 of 5 stars

I came across this comic on Facebook recently.  Since it wasn't available as a CBR, I downloaded all the images from the facebook group and packaged my own for reading. This was not a bad fan comic. Some of dialogue needed a little tweaking, but the artwork was awesome.  The story doesn't really fit into the continuity as it currently stands (the prologue explains why - mostly because the scenario was written in the mid 90s), but it is a great story nevertheless.

Review: Blood, Sweat, and Pixels: The Triumphant, Turbulent Stories Behind How Video Games Are Made

Blood, Sweat, and Pixels: The Triumphant, Turbulent Stories Behind How Video Games Are Made by Jason Schreier
My rating: 5 of 5 stars

I rather enjoyed this book. The video game industry has been getting a lot of attention lately, and this book contributes to shedding some light into the working practices of this billion dollar industry. While I am not familiar with some of the game, from a player perspective, it's interesting to see a bit of the internal workings for projects that are such cultural touchstones. 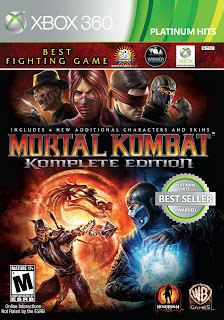 This is one of the games that I had gotten on a (summer?) sale a few years back on my xbox and had never gotten to it.  I was a fan of Mortal Kombat when it had come out in the arcades in the 90s but I hadn't really revisited the franchise since then. The sale seemed like a good opportunity to do so.

I played this game on Story Mode and completed the main story, but as with any game of this type, the content is re-playable. I thought the Story Mode did a good job of bridging together the narrative strands from Mortal Kombat 1, 2, and 3.  As a kid I didn't particularly care about the story, I just wanted to hear the announcer say "finish him" and emerge victorious in Mortal Kombat. As an adult I wanted to know more of the "why", and this game kind of answered many of my "why?" questions.

The only bummer is that this game is no backward compatible with the xbox one. I would have loved to have played this game a few more times, especially picking it up casually here and there for any random fight. Maybe once the xbox backward compatibility team gets back to BC work (after their work on the next xbox console concludes) I'll come back to this.  For the time being it's put away, and I can play something else :-) 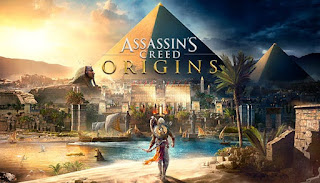 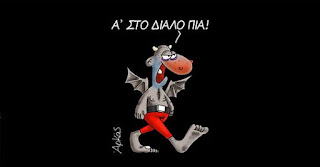