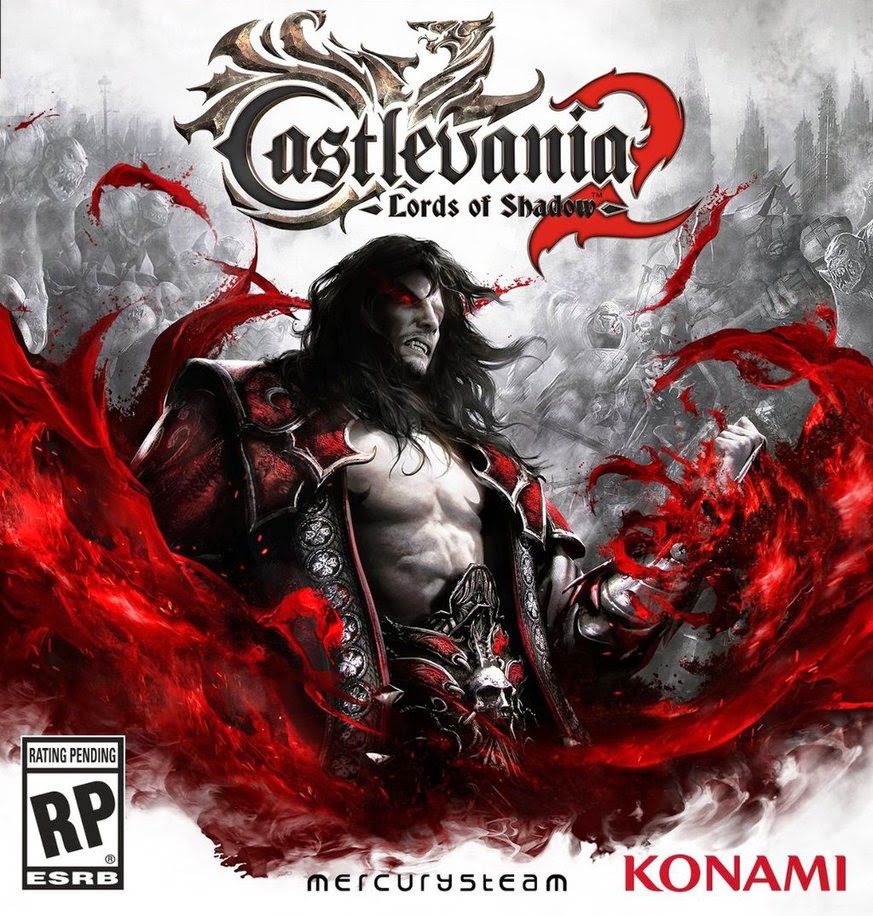 With the storms that have hit over the past week came school closings, and with school closings came a little extra time on my hands.  I did spend a considerable amount of this extra time catching forward with my readings for my research methods course, but I guess I also used the time "wisely" to complete another game on the xbox. Over the Christmas break Castlevania: Lords of Shadow 2 was on sale on the xbox store so I decided to get the digital download. I am generally weary of just buying a download-only version since I cannot really back up the game on a DVD, but it was cheap enough to allay any fears of not being able to access the game.  I enjoyed the first Castlevania Lord of Shadows (which was back in 2012! How time flies...) so I was looking forward to see how the story of Dracula unfolded.

In the sequel to this game you end up getting some more of the back story of Dracula and the Belmont clan, remember that Dracula is actually Gabriel Belmont turned into Dracula by defeating the lords of shadow. You get to learn that Trevor Belmont, another vampire hunter, is Gabriel's son, but he does not know it, so he kills him - only to find out while he is dying, so he turns him...into Alucard.  Interesting. The thing that I didn't like about Alucard is his appearance - he looks like what a Japanese artist considers a European person to look - as an emo. Gabriel/Dracula at least passes for European, but Alucard is just weird looking.

The game follows Dracula as he is brought by Zobek to fight various followers of Satan who are creating a virus to make humans into demons and to eventually resurrect the dark lord.  That said, this is all a plot, you see, for Dracula needed to go into hibernation for a few centuries to let the devil worshipers come out and think that they had clear run of the field.  Only then could he really eradicate them and Satan.  For this to work, Dracula needed to lose all (or most) of his powers so that they couldn't sense him.  Part of the game, thus, entails you going to get all your powers back.  I honestly to not like this mechanic.  Dracula is a monumental bad-ass - why can he lose his powers?  Despite this the game was enjoyable, just like the first one.  Both Dracula's castle and modern day whereverTheHeckTheyAre are in crumbling disrepair which really pays nice homage to the classic games (at least the part that I know of for having played for 10 minutes). I also enjoyed the Prince of Persia feel of the game, using environmental puzzles to move through the game, and being able to come back as you regain your powers to claim additional bonuses that were previously unreachable.

I know that this timeline is a parallel universe (or something), because the "main" timeline seems quite convoluted and it spans many games, on many game systems, that I have not played.  I guess it might be time for an emulator or something. That said, I do like this "universe" because it's an opportunity to reboot and rebuild the lore without the previous baggage - I don't see myself going back and playing all those games any time soon - not unless I get a Retron5 and hit the flea markets anyway. I can't wait to see what the next installment will be.  Dracula went from being a monumental bad guy to being a monumental wild card.