Last  week, purely by chance, I was looking to see if there were any Defiance earth republic (erep) hats or insignia on eBay. It's a show I like and having played at least some of Dark Metamorphosis on the MMO, I thought that maybe someone had created a replica of the Hellbug Combat Cap headgear that you can get in-game (hey Trion - real world merch for in-game items - killer idea! ;-) ).

Anyway, much to my surprise someone was auctioning off props from the show, and there were some pretty interesting items on the auction block!  I ended up bidding (and losing) on one item, but here are some of the things that were interesting: 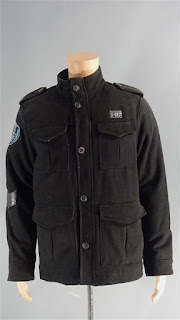 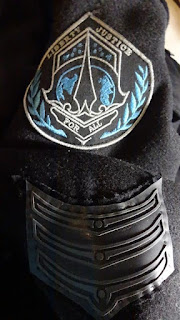 A jacket and shirt from Sgt. Poole (not sure who he was, other than being an erep soldier), but this is the item I bid on.  I was outbid by a few bucks.  Oh well.  It was exciting to be bidding for items for the first time in 15 years ;-) This sold for $81. 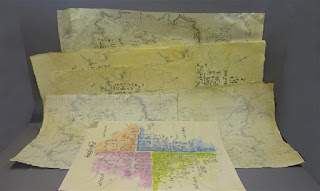 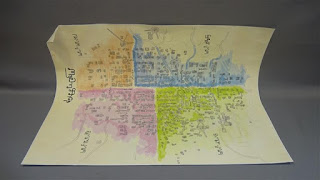 These are maps of the town of Defiance.  Interesting set, but not something that I would personally like to spend money in order to own... 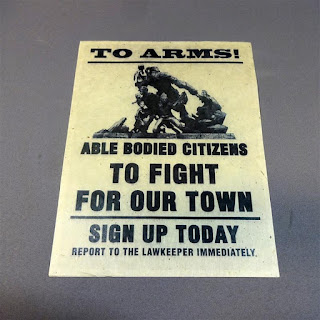 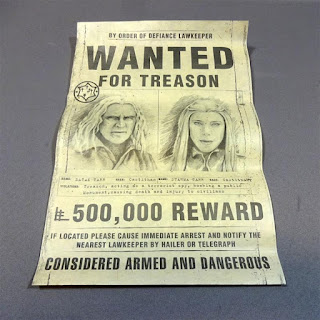 Next, you have mimeograph posters of Datak and Stama Tar from the time they were wanted.  Now, granted, these are really cool - and you seem to get a lot of them.  However, as of this writing they are already $102 and that's a little too expensive for my taste (at least for this item). I am sure some collector will be interested in them. 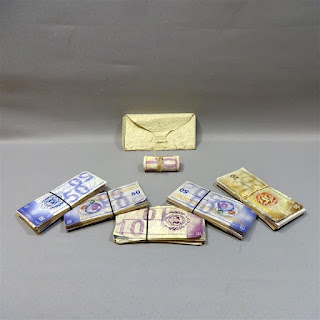 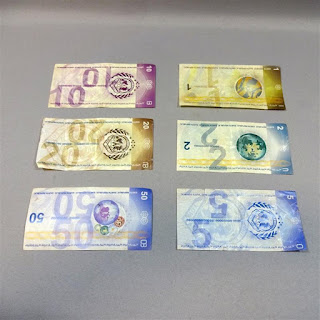 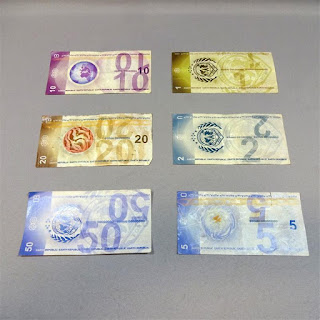 I think my favorite item in this lot was actual scrip, which is money used in the post-teraforming/apocalyptic/invasion world of Defiance.  There was no count of how much scrip was in this lot, but the final winning bid was $370 - which - again, regardless of how cool these things are, it's a little too much for me ;-) 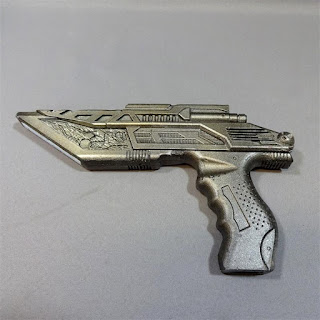 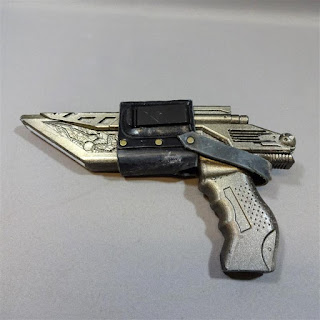 There were also some other interesting items, prop weaponry - both vote and VBI weapons.  The weapon above is a votan cold fire pistol.  The one used by Linda Hamilton in the series.  Pretty cool, but such as prop has limited use for me (other than the bragging rights).

With that - OK - let's get some patches and knock offs for the cosplayers ;-)
Ο Φοβερός
See Older Posts...