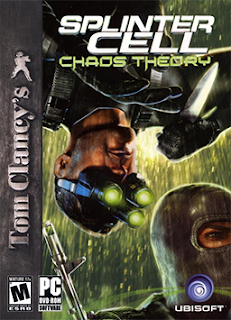 [Spoilers] My quest to complete all current Splinter Cell games is complete!  Last week (right before the semester start) I got to finish the last of the original Splinter Cell trilogy on the xbox. The game was originally released for the original xbox, but though the magic of backward compatibility I played this on my 360. This game played fairly well in compatibility mode. The compatibility mode provided the game in widescreen which made it feel a little more immersive than playing it in 4:3. There were some glitches (not sure if it was compatibility related, or an issue with the original game) wherein enemies were comically slow at times (which made it easier for me to sneak up and grab them).

The game, despite its age, was quite fun and you can really trace the evolution of gameplay (and abilities that Sam Fisher has in these games) while playing them in order.  The game follows an incident between Japan, the Koreas, and China where Japan creates an information defense force (I-SDF, some people see this as a violation of the post WWII constitution), but there isn't a lot of time to think because North Korea is preparing its armaments...and invading South Korea...and all hell breaks loose.   At the end of the game, a rogue Admiral in Japan (the I-SDF guy).  I have to say that it was a little weird playing this game with all the current craziness happening with Kim Jong Un in North Korea...

The overall plot of the story wasn't bad, but what really stunk was the ending.  Basically, at the end, people (your team) back at HQ patting themselves on the back up over coffee on a job well done. Seems like a poor ending (just like the second game, which was just ridiculous) :-)

In terms of product placement, I did notice a whole heck of a lot of Nokia advertising on people's monitors.  In the first game the OpSat was a Palm Pilot, the second game had a Sony Ericcson P900 as the OpSat (even though the UI wasn't UIQ, a bit of a #fail if you ask me), but in this third game the OpSat was a little more generic, perhaps opting for ads in other places (like people's computer monitors).

As an aside: Am I the only person who thought of "Super Dimension Fortress Macross" when reading I-SDF? 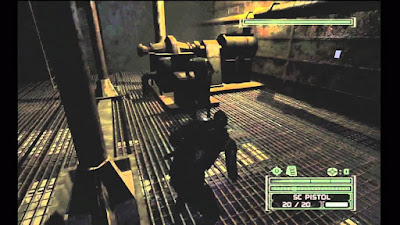