A little less retro...with the N8

It's been an interesting experiment using the Motorola Razr as my daily driver, however with the lack of being able to just search the internet the phone didn't really do it for me (despite the satisfying "clack" you hear when you flip it closed).  I was looking on the web and I decided to buy a refurbished Nokia N8 to keep me going a bit until I find an android phone which I like. 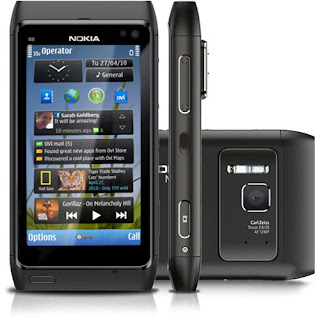 The N8 was released in late 2010. By that time the iPhone 4 was out and I was happily using my iPhone 3GS.  I think that comparatively the N8, even back then, was a little out of its league.  The operating system itself seems pretty good, running Symbian Belle (the last version of the Symbian OS), however the app ecosystem seems to be lacking in Symbian as compared to the plethora of cheap and more accessible apps that iOS had.  Regardless, it has a nice 12.1 megapixel camera so I thought I would go for this phone instead of its contemporary (iPhone 4) or even the iPhone 5.  The iPhone 4 seems to be anywhere from $60 to $100 more expensive than the N8 on ebay (I got mine refurbished for $60).  I also considered the Lumia phones, but with Microsoft's track record of not updating the OS, even for recent phone models, the premium of paying for a Lumia phone that also won't have as many apps to play with seemed like a waste of money.

The phone is coded for the Chinese region, which makes it a bit off that the language packs are English, Farsi, Arabic, and Urdu.  I should have let the vendor know to make it a European mode and flash it with Greek.  Oh well!  Back in the days of my N85 I changed the region from China-PRC to the European Model by modding it on my PC.  Perhaps I'll try to do the same. It's too bad that you can't just install language packs (seems like only Nokia Care Centers can do this, for a price, and I don't know if they are around any more). I suspect I'll be writing more about my adventures of trying to make this work in a 2016 network environment.

The phone itself sports 3.5G speeds, WiFi, Bluetooth, and USB connectivity.  It has a 3.5 inch display that's 360 x 640 pixels and sports both capacitive and multitouch capabilities. In terms of storage it's 16GB (which I probably won't be filling any time soon). The processor is a single core, 680 MHz, ARM11 (not that this tells me much these days).  Finally, it sports an FM radio (wonder if this works), and the phone itself allows you to broadcast via FM to an FM receiver, which is pretty nifty!  If I had a podcatcher on this thing I would be able to play it over my car radio. It also sports HDMI out which seems a little odd, but it's probably to show photos and videos recorded on the device.

That's all for now.  I wonder how many people out there still use this phone (fits nice in my hand!)