Last week on Reddit I came across this image, which makes for an interesting cross over between the Assassin's Creed universe and the Stargate University.  The next game in the Assassin's Creed series hits the consoles this fall and (as the name suggests) it goes back to the start of the Assassins (and probably the Templars), and the aliens who posed as gods... The origins take place in Roman Egypt which makes the cross-over idea pretty interesting.  Quick, someone write some fan fiction about this ;-) 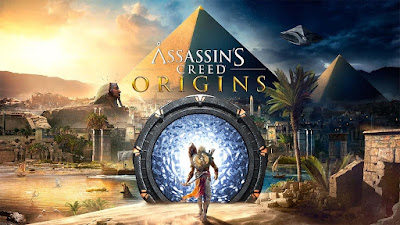