I really don't get the whole craze around the NES classic.  I never had an NES (but I've played games on it).  I've played enough games on emulators, and granted the keyboard isn't as satisfying as a gamepad,  if I felt like playing those games more often I'd go the Sweets route (orange cat here) - just get the original console and a CRT ;-) 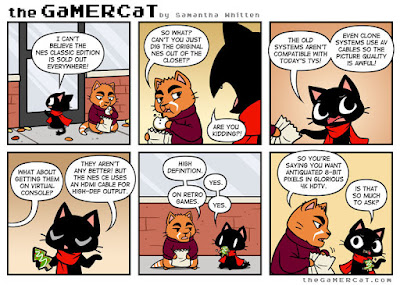