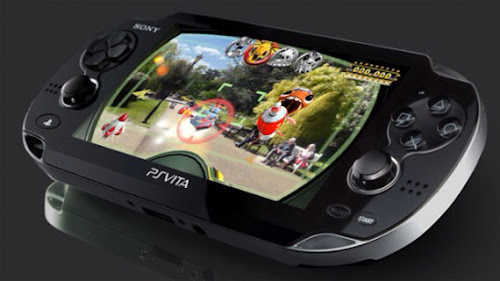 Last week seemed to be the week of the PS Vita as it was discussed on pretty much every single podcast I listen to (and some I don't listen to!) The main thing that the tech people discussed was not the capability of the device (because it seems to be quite capable) but rather the relevancy of the device. In a world were iPhones, iPads and Android devices (and now Microsoft with Windows Phone 7 and its tie-into the xbox live world), do stand-alone devices like the PS Vita make sense?

One of the things discussed in the various panels on these podcasts was the cost of games, and the fact that short-form games (like tetris and , as well as the PS Minis) can be easily played on phones and media players which people carry with them all the time. As far as the cost goes, this got me thinking. I tend to not buy any new games on any console because they are prohibitively expensive. Even titles like Assassin's Creed that I am a big fan of I can't get myself to send $60. I'd much rather wait and spend $60 getting 3,4 or 5 used video games which will entertain me just as much (this is in reference to the xbox 360). This also got me thinking about my game buying behavior on the PSP.

Now, I don't really take my PSP with me, even though it is portable. I tend to use it as an xbox replacement when the TV is occupied, so I still play long-form games on it, at home or away. If I were on vacation for example I would probably bring it with me. At the same time, I don't spend more than $12 per game for this device, which means I buy my games used. Even if I want to indulge my feelings for instant gratification AND not have to worry about UMDs by buying through the PS Store on my device, I still can't see myself spending more than $12. I'd much rather spend $7 or $8 buying Assassin's Creed: Bloodlines used on Amazon and waiting a few days to get it, and having to deal with a UMD, rather than spend $20 and have it in 30 minutes.

At the end of the day for me, the loan factor (being able to loan my games to friends, and vice versa) seems to not be a big factor in my disc-or-download decision; it's the price factor. If games for these consoles were more along the lines of iPad games ($7-12 for PSP/portable devices and $13-25 for television consoles), I'd probably go for the digital download more often.