Last week in the news there was a lot of news around the government trying to strong-arm Apple into breaking into the iPhone of a terrorist shooter (the San Bernadino shooter), a device they have in evidence but it encrypted.  It seems that the government IT folks created this mess for themselves and now the government is looking for an excuse to have backdoors into our computing devices.  I think most people wouldn't care, but the things that Edward Snowden uncovered are making everyone much more cautious of 'benign' governments.

This is funny to me because it seems like only yesterday when India and Saudi Arabia were requiring Blackberry to have backdoors for their systems so that their governments could access encrypted Blackberry data.  Seems like this has come a little closer to home now. 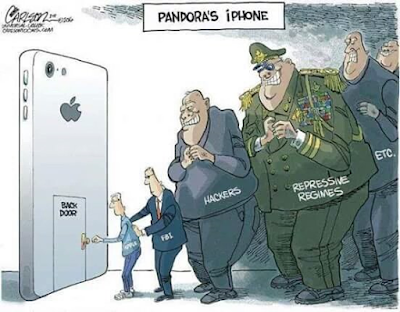