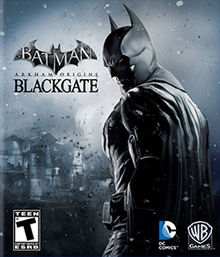 This is another game I completed back before I put my xbox 360 away for a while.  This game was completed 10/20/18 (also this review has been quite a long time in my drafts folder 😜)

This game took 8 hours, 40 minutes of playtime for me to complete, according to in-game clock.  For the rundown of the game's story check out the wikipedia article (here).  The game was pretty interesting, and I wasn't sure what I was starting when I started it.  Having played other Batman games on the 360 I was expecting something in the 3D realm, but I was surprised to get a 2.5D brawler.  I must admit that the game was rather fun, and it brought me back to the NES and SNES days where these types of games were pretty common (or so it seemed).  The game feels like a pretty standard Metroidvania game (games which I often need a walkthrough at times to complete) where the player needs to clear some areas before others, in order to get tools and weapons, that enable him to progress into other game areas that they have visited before. Yes, I did use a walkthrough at times to get unstuck.

The story was pretty interesting, which served as motivation to get through the Metroidvania elements of the game. The story does end in a cliffhanger (or perhaps an opening for a subsequent game), but I don't recall if this game has a sequel.  The game is not backward compatible on the xbox one (boo!!!), so I won't be coming back to it any time soon.  Overall, not a bad game:  7/10. 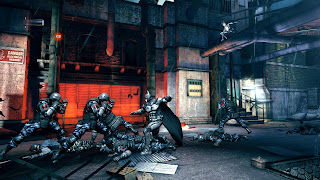