I was going to title this the Gaming year in review, but I've done some gaming on UPlay (the Assassin's Creed Chronicles), on Android, and on Steam which don't have fancy infographics for me. So, here is what I ended up playing on xbox :-) No surprise that most games are shooters. I did enjoy Bayonetta (and had I persisted I would have racked up more hours on it), but one can only get so frustrated at a game before you hang up the towel. 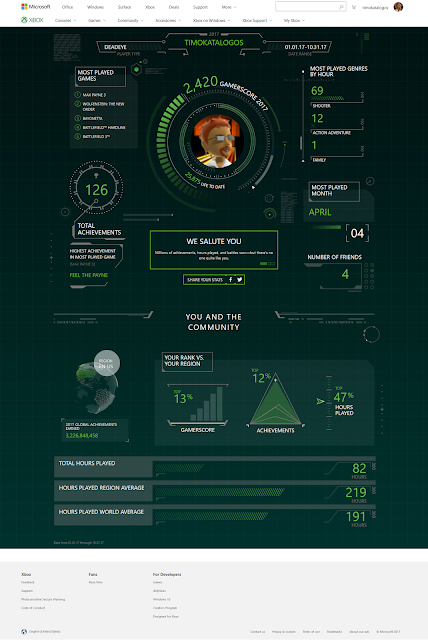