Hey!  With the advent of a new expansion, coming later on this summer, we will have a new reputation! The Temporal Defense Reputation (how many reputations is that now?).  Along with the reputation you can earn, and the active and passive abilities,there is gear to be had! 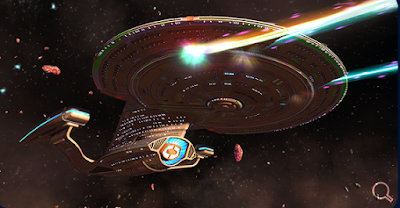 The ship gear actually looks pretty interesting.  Considering that my main character is flying the Lobi version of the Wells Science ship, and has the temporal 3-piece set from the Lobi store (which took me 2 years to collect...) I think I am likely to just deck out my temporal ship with everything this has to offer ;-) The ground gear looks interesting too, so for my main I'll get it.  I am glad that they decided to make ground gear 3-piece instead of 4-piece.  The one set that is 4-piece is pretty useless for BOFFs, and I end up using it on my main all the time to get the bonuses. 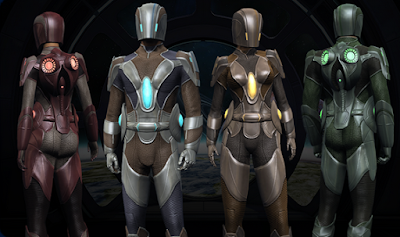 As for my alts... well, All of them are tier 5 on the reputation, but the gear collection lags behind! Some of them have completed the Iconian gear collection, and have just begun the Terran gear (tier 5 on Terran), and some haven't even made a big dent on the Iconian yet, nevermind the Terran gear.  This makes me less likely to want to play as an alt given that I don't have all the "goodies" earned in another character.  I am wondering if it's in the cards that if you've claimed the gear on another character, you can do so in an alt.  Or, like the summer and winter festivals - if you've claimed the gear for full price on one character, you can claim it for a much reduced price on another character (a token price, really, since claiming an event ship is basically 4% of the ship 'actual' cost).

All this, while a new faction is launched.  I guess I won't be going into Defiance any time soon ;-)