Well, I guess that there was one "x in review" that I missed.  TrueAchivements did the Decade in Review if you have an account with them.  The Rarest achievements were a bit of a surprise for me (especially for Defiance and Zombi, which were sort of palate cleanser games for me).  The most-played series was not a surprise, even though there are some errors in it (I've actually played 3 out of 4 Mass Effect games), but it's overall accurate.  What's counted here (I think) is achievements earned and not necessarily overall playtime.   I do find the breakdown of year/month for playtime quite interesting :-) 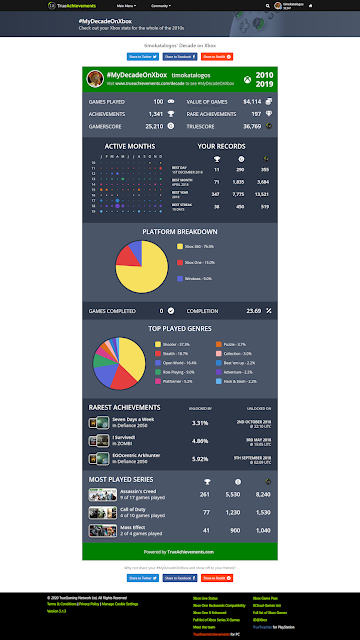