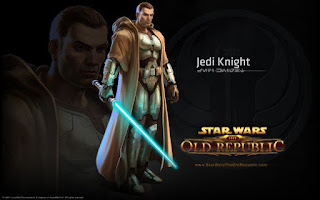 In the most recent lootcrate there was a code for World of Warcraft, for all expansions (up until the most recent Legion expansion that just hit) and a month's worth of free playtime.  With my hard drive a bit short on space I made the decision to get rid of Defiance and SWTOR and try to recoup some space for the 40Gb installation of World of Warcraft.  After a couple of days of trying to download WoW, I downloaded enough so that my play experience is "optimal" (but I still have another 17Gb to download!).

Besides space considerations, I thought that I hadn't played neither Defiance nor SWTOR in a while.  SWTOR I actually like as a game.  It plays well, and I like the Bioware RPG elements. I suspect that, at the end of the day, just like Mass Effect, your allegiance (how good or bad your are), doesn't make much of a difference in your gameplay.   There are a number of things I liked in SWTOR, including the gameplay.  I had hit a rut where, as a free-to-play player I had maxed out how much money I could carry in my bank, and since it's on the same model as WoW (monthly subscription) I really didn't see myself spending money on this game.


Defiance on the other hand was a bit of a letdown in the end. Whereas I could easily just leave SWTOR updating in the background, and terminate the process when I was done (just in case I wanted to play later), the Glyph launcher for Defiance seems to bugged as of late.  The stupid thing keeps spawning new processes on the computer, ad infinitum, which would neither update the client, and could cause the computer to crash. To fix this I needed to repair the installation using the default installer from the Glyph site, but somehow it would corrupt - again.  After about 5 separate times of trying to fix this, I decided to bid Rathus (my character) adieu for the time being. 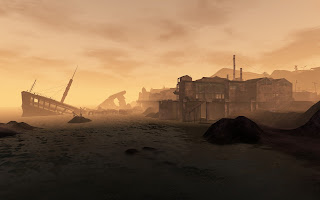 As a game, and as a world I did like Defiance. The post-apocalyptic nature, and first person shooter element made it different than other MMOs that I've tried.  I also liked the fact that I could control my character with an xbox controller on my PC.  The game, unlike other games I've played, lets people work together without having to be in a PUG for most of the maps.  This meant, that even as a newbie, I was able to go into a story area, where other people were playing their story, but we still fended off the same enemies, which made for a much approachable game.  Sadly, there were some story areas (such as the one with Nim Shandu) which were solo or for people in a predefined team - and this made that area impossible to beat.  I could have grinded a bit more to get to 1500 or 2000 EGO points (I was at about 900) to beat Nim...but why? I guess I'll take the same route as MGS on the PSP and watch the compilation of cinematics to get the story ;-)

Time to get started on my undead warlock :-)