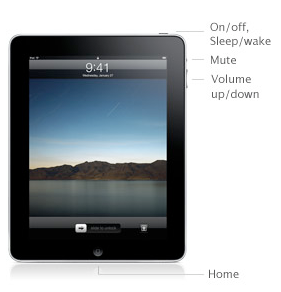 Looking at the iPad announcement I can't help but wonder where the heck is Mobile OS X 4.0 (aka iPhoneOS, iPodTouch OS, iPad OS). I can't help but to also compare it to the Knowledge Navigator concept video that was produced by Apple in the late 80s (or was it early 90s?)

Looking at the iPad screen, I can see a large screen that can do wonders with handwriting, like the Newton or a piece of paper (I am not talking about handwriting recognition, just digital ink). As I wrote yesterday the stylus is missing in action.

As I stated yesterday the iPad (with 3G) could also do voice, SMS and MMS. Just add a bluetooth headset (or wired headphones) and you could communicate. It is the best solution? Well, no, but the functionality is there, like in the knowledge navigator video.

Another thing that I really wanted to see is an improved podcast client. I can hunt and peck at podcasts on my iPhone at the moment by going to iTunes, but the darned device does not sync my subscriptions over to the device from iTunes so I have to remember all the podcasts that I subscribe to, check each one individually to see if there is something new, and then download it. Pain! Need a better podcatcher!

To Dos are also missing - The iPad looks like a pretty good paper notebook replacement (if you had a stylus). Why is there no to-do app that syncs with your Mac's to-do list and on Mobile Me?

Maybe there will be another iPhoneOS event in April that is just for developers, or they'll pull a rabbit out of their hat in June ;-)
Ο Φοβερός
See Older Posts...