Another apple keynote? When did that happen? 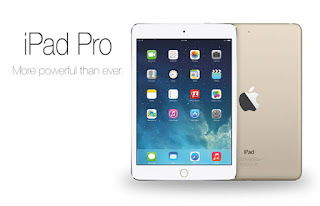 When I was younger I used to inhale Apple Keynotes.  I think part of it was Steve Job's presentation style that really drew me in.  I was also a big Apple fan (well, I still am), so I really wanted to know what products came out and get all the related specs and dirt as soon as possible  Early on this meant buying MacAddict, and heading to the Boston Public library to read the most recent MacUser, and MacWorld magazines.  Later on, in college, it meant watching the live-feeds from websites like The Unofficial Apple Weblog (TUAW) and Engadget (and rapidly refreshing to get up to the second photos and text of what was happening), and later maybe watching the recorded keynotes.  Finally, we had the livestreams, and I watched a few of those, but my interest started waning a bit in keeping up to minute. So much so, in recent years, that I was looking at my RSS feeds one evening last week and realized that there was a lot of Apple product news - there must have been another keynote ;-)

Apple Watch
Lots of hype around this watch. I've seen it around on campus (and sometimes wonder how undergraduates can afford it), but it really fails to impress me.  I see potential, but I like my Sony Smartwatch a lot and the Apple watch does not entice me to change.  One interesting thing, regardless of the brand and OS of your smartwatch, is that  the step counters in these things are encouraging people to be more active, which in my book is a good thing.  With recent  changes made to my campus, however, even the watch doesn't encourage me to go out and beat my own best score (but I do get a kick out of seeing more than 11,000 steps per day!).

Anyway, back to the Apple Watch:  I originally thought that the digital crown was a pretty stupid idea, however the time-shifting UI (scrolling back or forward in time in your calendar) is pretty nifty. That said - I think that the phrase 'game changer' is overused.  The watch does seem to have some nifty features (the Airstrip demo was interesting for example), but why would you not do this on a bigger screen?  The screen on an apple watch is tiny (smaller than my Sony smartwatch for that matter).


iPad Pro
Recently I was listening to a podcast (the Verge?) where the people on the podcast were saying that no one they know bought an iPad for themselves. They either got them as gifts (parents and grandparents) or they got them in school.  I am not sure if this was a judgement for the value of the iPad or tablet computing, or if it's a commentary on shifting the costs of ownership.  In any case, Tim Cook (and apple) indicate that the iPad is where Apple sees personal computing going - and this is evident with the new iPad Pro.  Biggest screen, better processor, very compact and portable.  I see apple replacing the Macintosh line at some point in the future with some sort of iOS/MacOS fusion (perhaps going off intel chips completely). The use cases of AutoCAD and iMovie seem to point toward this direction.

The four speakers on the iPad Pro make it a nice upgrade for me since I tend to use the iPad mostly for video and audio consumption.  The smart keyboard just reminds me of other cover-keyboards out there (including the one I have on my Surface Pro 3). The stylus (aka 'pencil') seems pretty interesting, but is also a bit laughable.  It's interesting because for work reasons I still need to sign things (oh those 'wet' signatures), but the $99 price-tag is something that makes me consider this as a potential purchase.  If it really feels and works like a writing instrument on paper, I could see it taking off. The funny thing is that the 128GB iPad Pro (wifi) is around the same price I paid for the SonyEricsson P800 when it first came out ;-)

AppleTV
The future of TV is Apps! I wonder if this is what Jobs was referring to when it was reported that they cracked that nut. The interest thing about the new AppleTV is that they finally made one of Google's ideas potentially viable - one search to rule them all.  Want to see what's new?  AppleTV will search throughout all apps (amazon seemed to be absent) and tell you what's new. This was one of the big features of Google TV, but Google TV flopped. I think trying to integrate cable operators into the mix, and getting broadcast data is where the big failure point was.  Apps have built-in metadata which makes them searchable.  Television listings you have to go out and get it (or make it your own), which TV stations might decide they don't want to share. From a technology perspective this product is quite interesting, but it's definitely not for me.  I've been plugging my macs (PowerBook initially, then Mac Minis) to my television since 2003, and I do enjoy asynchronous digital-only content (i.e. I don't watch broadcast TV) since 2008, one TV + MacMini does it for me.  This is, however, a good solution when your computer is tied up elsewhere and you want to watch something.  I wonder if you can hook up a Superdrive to it so you can play back your DVDs. The one thing that is potentially an issue is content disappearing from providers like Netflix.


iPhone 6S & 6S+
Finally, the iPhone 6.  I like iOS and the iPhone even though I've been an Android user for the past few years. Of course, the new iPhones are "the most advanced iPhones ever" (that phrase is becoming meaningless, it was fun and novel with Steve, but you're definitely not throwing an even to show us something old).  With a new iPhone each year, the updates seems just iterative in nature to me.  I don't doubt that incredible feats of engineering (both hardware and software) went into creating these new iPhones, and they are certainly contenders for my attention when my phone dies, but I don't see a reason to upgrade at the moment. Just like computers, I think we've hit a plateau with this paradigm.  I wonder when the next paradigm will come along and make our current glass slabs seem and feel like flip phones feel like now.

Your thoughts on this event?