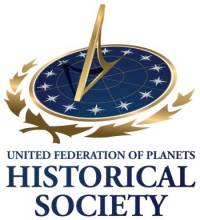 Late last week  CBS and Paramount put forth official guidelines for Fan Films using Star Trek as their basis. There was the usual firestorm on the forums facebook on his in the various  Star Trek fan film communities.  This seems to have had a really huge chilling effect on all current fan film productions, including audio dramas.  I chose to not really participate in this discussion because I think that there's probably going to be further kerfuffles in this whole sorted issue.

On Sunday I came across the aftermath page of AxaMonitor (which keeps track of the legal issues between CBS/Paramount and the Axanar folks) which has started to list productions that have either suspended their productions either temporarily or indefinitely.  It's too bad, because some series, like Star Trek Outpost were really good audio dramas!  I wonder if these types of cultural productions will be lost to time now since, I expect, that they will be coming off YouTube and their respective servers.

Such a shame.  We've gone from a vibrant community to almost nothing.  That said, I am curious to see how Renegades turns it around and makes a non star trek series out of their star trek series.
Ο Φοβερός
See Older Posts...