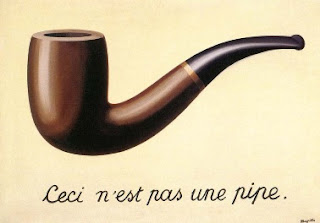 In my quest to catch up on Pocket - before the news becomes stale, I came across this post by cogdog on seeking the evidence behind digital badges.

The anatomy of the Open Badge include the possibility of including links to evidence for the skill that you are being badged for.    Of course, just because there is an associated metadata field available for people to use,  it doesn't mean that people actually use it!

I know that the evidence part of badges is something that is often touted as an improvement over grades in courses, or diplomas, because grades don't indicate what specific skills you've picked up, and this problem is a bit worse with diplomas and graduation certificates because you can't evenly compared one candidate to another (let's say in my case it would be comparing me to some other computer science major from another university - or heck even my own university).


So, in theory, badges are superior to these other symbols of attainment because they tie into assessable standards (that a viewer can see) and it ties into evidence.  And, again in theory, the layperson (aka the hiring manager) can read and assess a candidate's skills and background.  In practice though the evidence is lacking, and I am just as guilty of this having issued badges in two of the courses I teach. From my own perspective-from-practice I see at least two reasons for this lack of evidence:

1. Not all badges are skills based, and the evidence is not always easy to show.
I use badges in my courses are secondary indicators. Less about skills and knowledge, and more about attitudes and dispositions.  So, I have secret badges, sort of like the secret achievements in xbox games, that unlock when your perform specific tasks.  I let students know that there are secret badges, and that they relate to forum participation, but I don't give them the criteria so that they don't game the system.  They objective it to reward those who exhibit open behaviors and learning curiosity behaviors.  Once a badge is unlocked then I make an announcement and people can have a chance at earning it too, if they want.  In cases like these the badge description acts as the means of telling the reader what a person did to earn that badge (i.e. helped fellow classmates at least 3 times in one semester), but I don't attach evidence from specific forums. That seems like a ton of work for nothing (since looking at text from disconnected posts isn't meaningful to someone)


2. Good enough for class - but good enough for evidence?
Another concern I've had when thinking about attaching evidence to badges that I issue is the fit for purpose.  Some badges are known to my students (let's say the 'connectivism' badge where students in an intro course create some deliverable to train their fellow students on the principles of connectivism).  For my purposes an assignment might be good enough to earn a passing mark.  However, my fit for purpose is not someone else's fit for purpose.  Because of this I have not included links to evidence.  Furthermore, some of the evidence is either locked behind an LMS, or it's on someone's prezi account, or weebly site, or wikispaces page.  The individual student can delete these things at will, so my links to these resources also become null.  So, there is an issue of archivability.


One of the things that cogdog mentioned was that "being badged is a passive act".  I think that in many instances being badged is passive and that has certainly that's been my experience in a number of cases.  However I have seen exceptions to this. There have been a couple of MOOCs that, such as the original(ish) BlendKit, and OLDSMOOC where I had to apply in order to receive a badge.  This allowed me, as a participant and learner, to say that I am ready to be evaluated and the outcome would be a badge if I passed.

What do you think?  Is the evidence more hype than anything else?  Can it be done better? If so, how?
Apostolos K. ("AK")
See Older Posts...