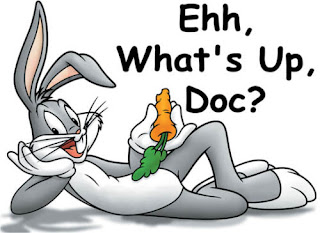 Now that my fun (and educational) little excursion to the world of the Ancient Greek Hero is over, I am more energized to go back into the world of the reportage and punditry around MOOCs.  I am not all caught up yet, but I did go through enough articles to have some thoughts on the news that has transpired over the last couple of months in the world of the MOOC. First of all, more Acronyms.  What's up DOCC?

This was an article on Inside Higher Ed this past week. On the one hand it's great to have big universities do something other than the xMOOC format, on the other hand the lack of background research on the format you are trying to "disrupt" is disheartening when it comes from academics.  I guess this fine group of folks wanted to disrupt the disruptors by coming up with their own concept, along with a nice little acronym (DOCC: distributed open collaborative course) that they can lay claim to.  The definition of DOCC is as follows:

A DOCC is different from a MOOC in that it doesn't deliver a centralized singular syllabus to all the participants. Rather it organizes around a central topic," Balsamo said. "It recognizes that, based on deep feminist pedagogical commitments, expertise is distributed throughout all the participants in a learning activity," and does not just reside with one or two individuals.

What's dishearetning is that there is blatant blindness here in that "original" MOOCs are completely ignored, and this revisionist view of where MOOCs came from seems to be center state.  The original Original MOOC definition (wikipedia ca. 2011, based on MOOC intro video by Dave Cormier)

Massive open online course is a course where the participants are distributed and course materials also are dispersed across the web. This is possible only if the course is open, and works significantly better if the course is large. The course is not a gathering, but rather a way of connecting distributed instructors and learners across a common topic or field of discourse

Can you spot the differences? DOCC is MOOC...or rather DOCC is cMOOC.  But then again, no one involved, from the 17 participating universities, bothered to do some research.  Pretty sad if you ask me :) Now, it's impossible for one person to know everything, this is why I like working with others, I can learn from them, and hopefully I have something to teach them. It's hard to believe that someone who participated in the conception of this process didn't go deeper into this concept of MOOCs (after all it's not that old, and there isn't that much research on them, so this shouldn't pose a problem) and point out the original roots of the concept. The cynic in me thinks that someone wanted to make up a term so that they can get some citations for publishing purposes :-/  The comments on the article verge on the absurd sometimes, so you'll get a chuckle out of them.

Then, an article was send my way from a recent CampusTech 2013 acquaintance: MOOCs not as disruptive as once thought. This article was too shallow for my linking, and all over the place. The headline seemed to me to provoke the reader to read for something deeper, or something more "aha!" but in reality it starts off with politics, and it isn't tied into the "disruptive" element at all, and then goes on to talk about coursera, udacity et al. as an LMS company (essentially).  To anyone who's been paying attention we've seen the writing on the wall.  Coursera et al are LMS companies at their core, nothing new to see here.  I don't subscribe to the notion that MOOCs are disruptive. I think they are an evolution of our thinking and our experimentation with educational technology and pedagogy.  There may be something that comes out of them, but it may not. Personally I think that the whole disruption was introduced so that we could maybe have a big bang in the space with the opportunity for a gold rush, and when that doesn't work out in two seconds VCs and the corporate suits say "well, that was a bust. Let's move on from this failure." I guess Anti-MOOC is the new black ;-)

Finally, at least for this blog post, I read an article from back in May on MOOC Completion Rates.  Now the dip-in/jump-out (DIJO) ethos of MOOCs does pose a problem for participation rates. I have written about this in the past.  Back in 2011 when I was writing about cMOOCs and participation rates I did find this aspect (DIJO) troubling, mostly because if you don't have a stable core of people participating, your own social participation will suffer (as you could see from my experiment in #ioe12). That said, completion takes on another meaning (just like "dropout" does, as I have said in other blog post).  What it means to complete a MOOC, versus "not complete" it is different from a traditional course. From the article:

Although she acknowledged that many people would benefit from taking a course even if they did not reach the end, she said completion rates were indicative of how successful a course had been. "People might have no intention of completing assessment when they register, but I don't agree that completion rates are entirely meaningless."

In this context I would say that we have to rethink what our definition of "completion" means. If we are asking our participants to complete modules in the course that they don't want or need because we want to make sure that they check off all the boxes so that a course is "complete," then that's a logic fallacy for us as designers and instructors. MOOCs operate under a different set of assumptions than regular courses, thus your assumptions of what "course completion" means in one context does not carry over to another context without some sort of fundamental rethinking.

Your thoughts?  More of my MOOC thoughts as I catch up with the backlog :)
Apostolos K. ("AK")
See Older Posts...