Academic writing, but not in English... 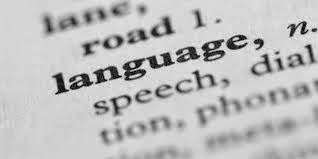 One of the nice things about being a language geek and an academic is that you get access to research that has been published in other languages.  In addition to English I fare quite well with research written in French, Italian, and Greek. Even though I don't have any formal experience with learning Spanish I could probably get the gist of Spanish articles based on my familiarity of French and Italian.  When it comes to writing (producing language), the process is a bit painful.  My academic vocabulary isn't as developed in the other languages and the necessary stylistics of research publications in other languages is a skill that I don't yet have.

I am actually quite interested in developing that competency just for my own edification, but I would love to be able to publish research in other languages, with practice comes more familiarity and ability to use those languages anyway, and that's a goal that I strive toward.  That said, I started pondering the utility of publishing articles in other languages.  English seems to be the lingua franca for most things relating to my chosen fields of inquiry.  While there are journals and articles published in those other languages, they definitely seem to be the minority. So, inquiring minds, want to know how useful is it to publish in languages other than English, in the broad sense?  Would what I write get as big of an audience as the materials in English? I'd like to do my part to increase access to research in other languages, so this may be a way.

I am also wondering what the logistics are to translate, and republish, my work in other journals.  If I publish in Open Access Journals I suspect that it's easier to translate and re-publish elsewhere (with the caveat that this work is published already elsewhere), but do people really do that?  Is this something that is currently acceptable in academia - or would be too much of a disruption in the current publishing status quo?