Assessing the process or the product? 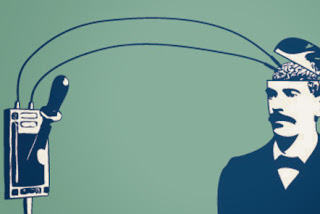 The other day I came across a post on ProfHacker written by Maha B. where she talked a bit about her own teaching experiences and whether one assesses the process of learning or the product of learning.  I was thinking about this question in light of my own experiences as a learner, as a designer, and as an instructor who now has had experiences in introductory courses, capstone courses, and intermediate courses.

Obviously there isn't a hard and fast rule about this.  In some courses, or parts of courses the final product matters enough so that it outweighs the grading component of the process.  My gut tells (and the educator) me that the process is really more important than the final product. However, my own acculturation into the field of instructional design snaps me back to SMART outcomes (you know, specific, measurable, accurate, realistic, and time-bound) wherein these goals are really about the product and not the process.  I suppose if you have the freedom to tweak the learning objectives of the course so that you can value the process more than the outcome then that is fine.  However, if you can't tweak the objectives you have a bit of an issue.

Another thing I was considering is the specific outcome of the class.  For example, in an introductory course I taught last summer I often leaned more toward process than overall quality of deliverable. This made sense since the learners were new to instructional design and, like artists, they needed to have several tries, attempts, and feedback attempts in order to become better at design.  The final product that they produced was pretty good, but it could be better given knowledge from subsequent classes. So, the final product was good for the amount of information and experience they had on hand.

On the other hand, this past fall I supervised the capstone project for my instructional design MEd program, along with friend and colleague Jeffrey K.  Even though this was a 3-credit course there wasn't really anything being taught.  It was more of an independent study where each learner worked on their own capstone project, and received feedback on each iteration submitted. While there is a deliberate process behind this capstone project, the final product is meant to be a showcase of their capabilities as instructional designers, given that they have completed at least 10 courses before they enter they sign-up for the capstone.  In cases like these, while process is important (feedback and improvement cycles), the final product is, in my mind, really what's being assessed.

That said, the case of the capstone is quite specific, and perhaps an outlier in this discussion.  In classes that I design I prefer to give more weight to the process and less weight on the perfection of the final product.  It's one of the reasons I have largely moved to pass/not pass grading in new courses I design.  Instead of having students feel like they've gotten a ton of points off for one thing or another (despite the passing grade), I think it's better for them to know that they passed the assignment and really look at the feedback that I gave them.  If in subsequent assignments they don't put that feedback to use, they may not pass subsequent assignments (and they can rework and resubmit), but what is important is that feedback-revision cycle.  I think that it really mirrors how instructional design works anyway :-)

What do you think?