When the MOOC dust settles... 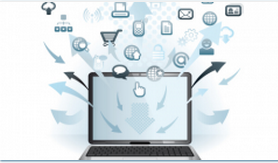 A long time ago (in technology terms), in an academia very close to us, there were stories of professors who suspended their MOOCs, or decided rant in the class forums and ultimately to walk away because the MOOC wasn't what they expected, and we all (probably) rolled our collective eyes.

OK, maybe we didn't all roll our collective eyes, but I remember thinking that the "participate or get the heck out" and "read the fine textbook" were really incompatible with the MOOC framework. Initially I was somewhat anti-lurker.  I'm not saying I am pro-lurker now, it's just that I don't think that lurkers pose tragedy of the commons issues, so just let them be.  They don't detract from people who want to learn and experiment.  To me, at the time, it seemed like an instructor who wanted to do what many have done in the past. Take a face to face class, and translate it, almost one for one, to online without really thinking about the affordances.

This past week a story came out in the chronicle that talks a little more about what went down with that particular MOOC.  It's a fascinating read for me because it really highlights some serious breakdowns in communication.  After reading this story I am a little more sympathetic McKenzie, but I don't think that he is completely in the clear. It seems to me that his big idea (video lectures on DVDs) were really harkening back to the video professor era and in the age of OER I don't see how a retired academic would aim to have a video professor-like product that would sell. Personally I wouldn't do it for the money, I'd let the content be under creative commons and reap the benefits of recognition†.

In any case, McKenzie seems to have approached his affiliated extension school willing to do this. The extension school seemed to want to do it, and coursera was on-board with this.  Considering the length of the contract with coursera (that we've seen posted online from other universities) I think that the various parties needed to do a better job at reading it and knowing what they were getting into.  So, that's on McKenzie.  On the other hand the extension school seems to have thrown McKenzie under the proverbial bus (at least that's what I gather from the Chronicle story), which I think is wrong.  I think that there is an unwritten understanding between professors and their respective colleges/schools. The professor does their best to represent the university, since the course is offered by the university and the university's reputation is at stake.  At the same time, the college/school has a moral obligation to support that professor in their endeavor.  They can't just say that they entered into this agreement at breakneck speed and just brush it all off.

I think that McKenzie, on his part, though is pretty disparaging to the extension school (and I think that extension schools in general are painted in a pretty disparaging light), when he says that this "would never have been tolerated by the faculty and administration on campus." It seems to paint a line that clearly separates online (extension) from campus ("regular") in a dualistic and perhaps not equal role.  Most universities tend to go toward being hybrid universities, offering both online and face to face options, and I think that this distinction between extension schools and the "regular" university will go away.

In any case, I think that this is yet another example of organizations and people experiencing FOMO (fear of missing out) that they don't realize that there are many things that are just not worked out yet. It's too bad that something like this happened, but I hope we can all learn from this.


NOTES:
† my assumption is that I am retired and living comfortably having worked as long as McKenzie worked. If I were in need to cash I'd probably try to sell my knowledge - but knowing that the marker for that kind of stuff is tough, I probably would not bother.
Apostolos K. ("AK")
See Older Posts...