Learning in a safe environment, and other educational assumptions (Part I) 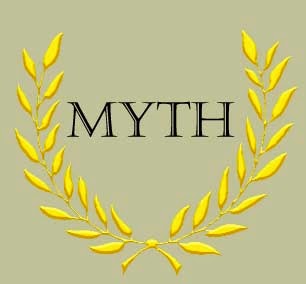 It's been a few days since I started writing about the various reactions I had (and started noting in the margins ;)  ) to a recent article from fellow MOOCers and MOOC researchers Frances and Jenny. I cut my previous post a bit shorter than I intended because it was getting long, and I didn't want it to go on and on. So this is a follow-up blog post to that original post with some reactions, or thoughts, about what seemed to be to be underlying assumptions about what comes as part-and-parcel for education.  The article seemed to make some assumptions about education, and MOOCs in specific, that I thought should be addressed in some fashion:

It is the responsibility of the convener/instructor of the course to play cop...
... be this a traffic cop who directs the flow of the course and "re-centers" it when it gets off course, a dispute cop who gets in between parties who are arguing about a certain topic, and a jail cop for people who don't observe the "rules" of the course and this should be banned from the community (or at least put on "time out").  I disagree with this opinion - at least to some extent.

In a traditional course, where there are few students (paying students) and the instructor is under contract to instruct a certain topic, individuals who are in the course have authorized the institution, and the individual, to act on their behalf and make sure that certain course objectives need covering get covered and students have an opportunity to learn them.  If someone, during "class time" becomes disruptive or threatening to their fellow students, then the instructor should do something.  It's worth nothing that in these instances the instructor has other campus resources to make sure that laws, rules, and regulations are followed.  There is the ADA office, making sure that if "disruptions" occur due to medical issues those are addressed in a fair manner to the student who is suffering from those medical conditions.  If the student is disruptive in other manners the office of student affairs can help, and in those rare instances you have campus police.  The instructor is just a first line responder and their responsibility ends there.

In a MOOC instructor are often volunteers, or do something for the love of learning and teaching.  They have no extended support behind them, and as such if someone really becomes abusive (think online bully) at most they can band them from the facebook group, moodle course, or other membership-based system.  However, in these instances, it's important to acknowledge the limitations of the systems.  As a former admin of Bulletin Board systems I know that dealing with trolls is, sometimes, like playing whack-a-mole.  One account gets shut down, and the offender can start another one up - easily.  Luckily I have never witnessed such a  bullying offense in the MOOCs I've been in, and hope to never have it.  Long story short: expecting the instructor to be a cop in the course is a bad expectation to have, both in MOOC contexts and non-MOOC contexts.

It is the responsibility of the convener to provide for everything
This seems like a gray area for both MOOCs and traditional courses.  Why should a course designer, convener of a MOOC, or instructor of a traditional course provide everything that a learner needs in the course?  One of the goals of (higher) education is to enable learners to be life long learners.  This, to me, implies some sort of independence from the instructor and an ability to make sense of things and to wayfind.  I don't dispute that there will always be a need for a more knowledgeable other, to use Vygotsky's terminology, but why can't the classroom community (instructor and peers) be that MKO?    In a traditional classroom setting, I would argue that the instructor is paid to be that mentor, but it is the mentor that knows how to structure and scaffold learners for the ultimate learning goal.  Sure, Daniel might have been annoyed when he was asked to was Mr. Miyagi's car - but there was a point to that.

There are, of course, some differences between traditional courses and MOOCs.  One of the differences is compliance with ADA. Traditional courses need to comply by ADA, and there are - again - faculty resources that can be leveraged in order to provide this for the learners.  In MOOCs, I would argue, that there is no obligation for the instructor to offer all materials in an accessible format. This may seem like an insensitive thing to say, but the instructor, at least in cMOOCs, is a volunteer and this seems like one thing too many to ask of a volunteer. If an institution is paying an instructor to do a MOOC, and they are providing the resources to create the MOOC (including people) then it makes sense to roll-in accessibility as part of this.  I think that if individuals are vulnerable to litigation (see Harvard and MIT being sued for lack of captioning on EdX courses) it will inhibit people from offering what they know for free.  A better approach is to license all materials under a creative commons license and  encourage people to not only make materials accessible (via captioning or descriptive voice over), but also allow people to translate materials to their native languages.  A crowd-sourced effort, in my view, is better than expecting the instructor to do everything (which isn't even true in a traditional course setting anyway).

Learning should safe
I may be branded a heretic here, but I'll go for it anyway.  How does one define safe? When I was a student in Instructional Design it was a constant point that we came back to - learning should happen in a safe environment.  I think I internalized it well, and I do agree with this point of view to some extent. I agree that we shouldn't have classrooms that create trauma like the Stanford Prison Experiments, or Milgram's Experiments, but should we be holding hands and singing Kumbayah?  A fellow Rhizo14 participant wrote something like "f*ck safety!"  I was taken aback a little, but I started thinking a bit.  I was brought back to High School Math, with Mr. Erhardt. On his wall he had a banner that said "Math is not a spectator sport" (either that or "learning is not a spectator sport").  Obviously the ideas is that you can't just sit back, be lectured at and expect to learn.

The language also brings to mind arenas, with spectators.  What sort of sports happen in arenas? football, soccer, boxing, baseball, tennis, and  so on.  What happens to the athletes engaging in those sports? They do get hurt from time to time (either a lot in the case of boxing, or through repetitive stress like tennis).  The point is that those environments aren't safe if we think of safe as living in a bubble. Any time we interact with others there is a chance that miscommunication will occur and someone will get hurt in some fashion.  How we rebound is important.  I think trolling and bullying are not to be permitted, but there is a difference between intentional harm (trolls and bullies) and the regular scuffs we get as part of day to day life (or in this case learning).  Should learning be safe?  The answer is yes, but let's discuss what is meant by safe.

Seems like this blog post is getting long, so I guess I'll make this Part I.  Thoughts thus far?