Confessions of a MOOC connoisseur 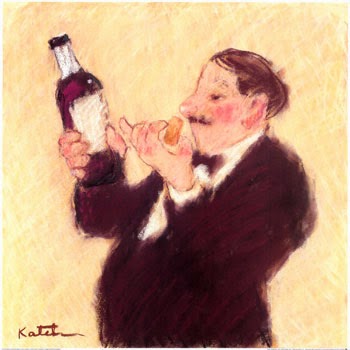 Well, it's the end of the week (or the beginning if you are following Western conventions with the odd behavior of calling "Sunday" the beginning of the week), grading for my course, for this week, is done, and it's time to see what I missed on Rhizo14 while I was tending to other things.

One of the things that we are putting together (in addition to the long autoethnography for #rhizo14) is this other research, which I would call Delphi based in its methodology, on why we take MOOCs, why we participate in them, and why we stick, or not stick, to them. I thought that this would be something interesting to participate in since I am not sure I've recorded why I've been participating in MOOCs (as you will note, the MOOC tag is the biggest one on this blog).

The other epithets used online, thus far, for those who keep engaging in MOOCs is MOOCaholic.  I don't know if I like that epithet because it doesn't necessarily describe me right at this moment.  I find myself as an accidental MOOC expert and MOOC thought leader, both nouns that someone else assigned to me and that I am uncomfortable using since there is always more to learn and the bar I set for myself is high.  Nevertheless, when I first started thinking about this, I guess my current status in MOOCdom is either that of the MOOC Connoisseur, or the MOOC Socialite (or someone in between).

Depending on when you has asked me why I've participated in MOOCs my answer will, however, have varied.  Right at the beginning, in 2011 for me, when I started LAK11, followed by CCK11, MobiMOOC and EduMOOC, I saw myself as a continuous learner.  I had just completed my last Masters degree in December of 2010, and I was interested in engaging, at the graduate level and beyond, with topics around my subject of interest. This included Education and Educational Technology, which is why these MOOCs tied in really nicely as an extension of my studies.  The high barrier to entry meant that these MOOCs were other people with pre-requisite backgrounds to engage in this discourse and extend it to new levels.  Of course, back then I didn't know this, but I know now that cMOOCs have a high barrier to entry.  In all honesty I would have been bored if I had to switch gears so radically in those early MOOCs that I may not have continued.  They spoke to me at my level, which was important for motivational purposes.  Not too hard, not too easy - just right.  At this stage I would probably (retrospectively) classify myself as a MOOC Explorer.  I was interested in the subject matter, but I wasn't interested in the form factor until I realized the variety and started collaborating with the MobiMOOC Research team.

Then came Coursera.  This phase I would classify as MOOCing in the Final Frontier, while being a MOOC binge consumer.  Initially I was expecting coursera (and other type of xMOOC platforms) to provide content that engaged me at the same level as the cMOOCs I had previously participated in, and that I kept participating in 2012 in.  When I realized what the format was, and how "easy" it was to get a certificate, but also how useless most of the forums were, I started binging on MOOCs in order to see what was out there.  The topic was important, but it was not as important as as it was in 2011 with the cMOOCs.  Some of 2012 was a bit of an aimless year in xMOOC land because I wasn't particularly interested in STEM courses (so I didn't use Udacity) and the social sciences courses in coursera were cool, but they didn't satisfy the hunger.  Binging on fast food?  There were some courses that were better than others, like the aboriginal views on education from the University of Toronto (this was quite a different worldview that it was a joy to explore) and the Gamification MOOC from the University of Pennsylvania, which was actually well done. Other MOOCs were, I felt, like watching an interesting TED talk, and taking some quizzes.  Not the same intellectual stimulation as the cMOOCs of 2011 and 2012.

In 2013, after I detoxed a bit from the xMOOC binge, I saw myself as a MOOC explorer again. This time taking an opportunity to take courses on things that were interesting to me, but also try to explore new things, such as HarvardX's The Ancient Greek Hero in 24 hours. I had not really studied classics, and as someone who is both Greek and American, and has lived in Greece I thought I ought to know something about the topic.  The presentation also mattered.  There were panel discussions, discussions of the readings in the videos, nice a presentation of what was going on and a free eBook which I actually took on vacation and read.  That's how much I enjoyed this MOOC.  It still had the TED + quiz feel, but I was engaged, so it did not feel like a drag.  This made me wonder what sort of other courses and topics I missed out on by being career focused during my Bachelor degree days.  In 2013 I also tried out some pMOOCs, like OLDSMOOC and the OpenBadgesMOOC and I enjoyed getting my hands dirty again.  2013 was really back to 2011 - learning by doing.  Learn the subject, learn about the MOOC format, and continue to research the MOOC format.  This was the year that I really embraced the MOOC Researcher aspect, going beyond the initial papers that we did with the MobiMOOC research team.

Finally we are in 2014.  It's still early in the year, so who knows what this year is going to bring.  I can already see some trends continuing though: (1) I still want to learn more about classics, and that is what attracts me to some edx courses; (2) I want to learn more about other MOOC platforms, which is why I am signed up for Open2Study courses and experimenting with those; (3) I am curious about how Georgia Tech's MOOC MA is going to work, so I might follow along some of their Udacity courses. I think this is the connoisseur part. Of course, I am engaged in cMOOCs because that's where the community is; I guess this is where the socialite comes into the picture.

Another reason is assessments.  Now, in most cMOOCs I haven't really had assessments which is fine.  In pMOOCs or xMOOCs you have either projects or quizzes.  If you get some good feedback on your assessments (i.e. why did I get this bloody question wrong?) then I am more likely to stay and continue. If the feedback is poor, I am most likely to abandon the MOOC.  I am there to have fun and learn; not to be told that I failed (and not tell me how to fix it). It's amazing that even though the certificates of completion don't mean much, as soon as you throw up a graded assessment, like Pavlov's dog, we need to do well in them.

For me these two factors have really amplifying effects for one another.  I am willing to sit through a topic of marginal interest, or sometimes no interest, in order to have that serendipitous "aha" moment where I am surprised to learn something cool and unexpected.  However, if assessments are putting me down, then I am more likely to say "eff-this" and drop the MOOC.  Life is too short for this  :)

Finally, I think the community has a big role in keeping people grounded in the MOOC.  If I can connect with one or two people, and sustain a small learning community, I will most likely stick to the MOOC.  Who know, maybe they will be instrumental in getting over the assessment hill ;-).  It also helps to be able to discuss content and concepts, and in the case of xMOOCs heckle when appropriate :). I guess I can't underestimate the community because when I was doing IOE12, I was alone, having come late to the party, and the only reason I completed the MOOC was because I was interested in the content.

To date, since 2011, I've been in over 30 MOOCs.  I've only really dropped out from two.  One was Udacity's Statistics which I dropped a little over half-way through because some of the explanations in the mini-quizzes didn't click with me, and the topic wasn't of immense interest. There was also no community.  The other course was a coursera course called Think Again: How to Reason and Argue, which was all about symbolic logic.  I think I dropped this about half-way too.  I was interested in the topic, however I was only getting marginally passing grades on my assessments.  I wanted to know how to improve, but I wasn't getting that, so since the community wasn't there, and the assessments were annoying the heck out of me, I decided to drop the course. This was also during my MOOC binge of 2012 days, so I was looking to see what to cut out to focus on courses that I was really interested in.

One last note, on certificates of completion.  I haven't received a certificate of completion or achievement or whatever for all the xMOOCs I am considering myself to have completed.  There are MOOCs that I really liked and I stuck the course, but I didn't bother with the assessments necessary to get a certificate. The assessments were beyond what I wanted to invest in the course, and since no subject expert would review and comment on my homework/assignments, why bother?  There is the practice aspect of it, sure, however seeing that we are all busy individuals, I would prefer to practice in an arena of my own making, not someone else's arena.  Someone else's arena is fine if they are also doing the work of assessing you as well.

So there you have it, confessions of a MOOC connoisseur. Why do YOU MOOC? :)