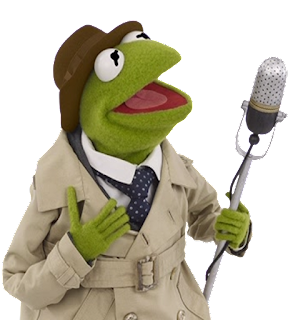 It took a while for me to get this post started.  Conferences are great, but between being physically tired, and having to catch up on other work (that wasn't done while at the conference), it means that some things that require more bandwidth get kicked a little further down the road :-)

In any case, I thought I would write a little bit about my first time being an onsite Buddy (sBuddy - "oBuddy" seemed weird as a term) for virtually connecting. I've been a virtual buddy (vBuddy) quite a few times over the past year (or has it been 2? I don't remember), and I thought it would be cool to be an sBuddy at Campus Technology and AAEEBL this year.  I did not expect it to be a lot more work than usual, however I learned that being an sBuddy is actually much more work (or at least I ended up making it much more work, even if it isn't).

For quite a few years (7 years by my count) I've been attending Campus Technology and AAEEBL on a press pass.  First, as a guest of my university's student newspaper and then as part of the CIEE journal. Sadly, this year, was the last year I am going to campus tech and AAEEBL because CT is moving to Chicago next year (and I think conference centers are booked a few years in advance, so it probably won't be coming back to Boston any time soon), and AAEEBL is no longer co-located with CT.  Too bad.  I found that combination to be a dynamic duo!  Oh well - I digress.

So, press pass confirmed, I started looking at who is presenting, who is keynoting, and who would be interesting to have conversations with (both on-air for vConnecting, and just for my own personal interests).  The truth is that there are too many interesting folks to talk to (considering that it's 2 conferences), and not enough time.  So, for the prep-work, instead of trying to create virtually connecting sessions for each and every interesting person, I wanted to do two things:

Once all was said and done I had 3 sessions confirmed: 2 keynote speakers, and 2 local edtech gurus.  So, my early lesson learned is that even though you might try to get in contact with presenters ahead of time to see if they want to vConnect with you, even in academia there are people who fathom themselves rockstars and don't know why you'd want to converse with them since you can read their published work (they are too busy for conversations) - hahaha. OK, lesson learned.  Not everyone is friendly and approachable :-)

The days of the events were a little tough in terms of space. Trying to find a space that had power, ample wifi signal, and was available for a vConnecting session was a little challenging.  I did end up finding space (thanks to the giant banners outside of each conference room telling me what events were scheduled there and at what day/time), but it required some legwork, and I often felt like a squatter. It got the job done, but I felt bad for not having concrete information for our guests well ahead of time.  The lesson learned here was that it would be good to work a little closer with the conference organizers to get a space for these things.

I think that working more closely with them would have helped avoid some misunderstandings. While I attended the conference on a press pass (not by virtue of vConnecting, but by virtue of a campus gig I have), it seems that there were some crossed signals.  On the one hand the twitter mavens of CampusTech were willing to assist me in getting in touch with some speakers for a vConnecting session (which I ended up not being able to make happen anyway), but on the other hand I got an email from my main PR contact who thought I was recording sessions (which I wasn't doing), and that's something that (apparently) I was not allowed to do on a standard press pass.  This was a little confusing for me.  I should get in contact with my main PR contact to do a post-mortem, but at this point, with the semester looming, it's not high on my list of priorities. The lesson learned: the person on twitter you're interacting with at the conference is not necessarily the person you worked with to get your press pass...

In any case, despite the few snags and misunderstandings (and lots of walking - according to my pedometer in my smartwatch) this was an enjoyable experience.  I'd do it again...but until then, I'll be vBuddying :-)
Apostolos K. ("AK")
See Older Posts...