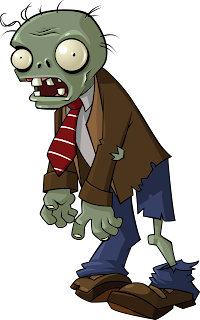 I was reading this post on InsideHigherEd the other day by Joshua Kim.  The post, A plague of directors, which was a bit comical; the mental image that came to mind was one of plague carrying zombies with name tags that said "director" - yeah, I know, sometimes my imagination runs wild and comical video games like Plants vs. Zombies get mixed in with titles like Josh's.

Joshua wonders if titles mean anything anymore with this inflation of titles.   This reminded me of two scenarios over the summer that I came across.  First was discussing with someone, a professional staff member, that their supervisor wanted to promote them from 'coordinators' to 'directors'.  Of course the supervisor did not want to give them a pay increase, just a title boost. The job would be the same, but the title would be different.  This change would essentially be meaningless, other than the momentary ego boost of being a 'director'.  However, if everyone is a director, or an assistant-director, what's the point?  Needless to say that this didn't go through since at our university titles means something, and there is a pay, and duty, difference between coordinators, managers, and directors.

Another example was discussing GPDs, or Graduate Program Directors, who are usually faculty who take on additional responsibilities to run a graduate program.  Sometimes there is a course-release for this, and sometimes not. It depends on the teaching needs of the department. The pay increase is not that that much (probably enough money to buy you a Starbucks latte twice per week). I guess it goes on the CV,  since you do have additional responsibilities, but other than that I wouldn't say that there is much to write home about.

So, what does this mean for job titles, and the specific one in question: director.  From my own perspective I am of two minds when it comes to titles.  On the one hand I don't think titles matter for the day to day work that we do.  Even the way that you execute job duties in your job description can be variable from person to person.  For instance, if someone has worked for an institution for a while, and has cultivated relationships and knowledge of organizational history, they are in a better footing to perform their duties more efficiently and to navigate those system inefficiencies.  Someone who is new to the organization and doesn't know much of the background, while eventually successful, my not be able to take back roads or dirt paths in the organization to move things along faster. They may just assume that it does usually take x+10 time to get y-task done, when it really might take x if you know all the different paths to achieving it.  If tomorrow my department were to hire a replacement for me no one would be able to replace me in the exact same fashion. Hence, in this instance, it doesn't matter if my title is Program Manager or a Linguistic Interlocutor. The fact is that there is no one-to-one parity between humans doing the same job.

On the other hand, putting on my labor relations and HR hat, I do think that there are benefits to job titles.  If you aren't willy nilly giving people titles - just because you can - it provides a rubric that you can use to quantify and qualify the work people are doing.  There is the potential for a considerable amount of inequity when people who do, essentially, the same thing have different job titles and different descriptions. By having different titles (or even inflating the use of director as a title) you end up with situations where people cannot compare apples to apples.  This leads to at least some obfuscation of what's happening in the organization, and you aren't treating employees equally - even though they are doing the same types of jobs in different divisions.