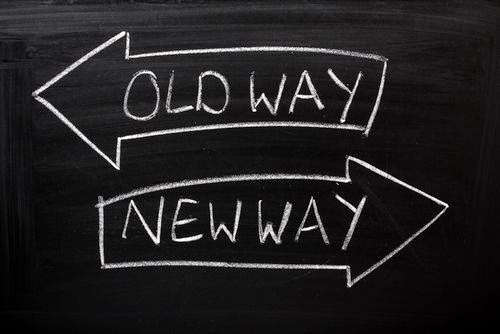 This past week I was able to attend Campus Technology and AAEEBL 2014 in Boston. I count myself lucky that I have two conferences every year that are pretty close to me (the other one being NERCOMP) that allows me to go and see some interesting presentations, engage with colleagues, and talk to vendors (and let's not forget the cool vendor swag ;-) ). This year, unfortunately, I didn't get an opportunity for post-conference beers, dinner, and discussion as I had last year with some pretty interesting people from both the US and Canada. Oh well, next year maybe :) Even though these things are local I don't submit session proposals. I feel more comfortable on the audience end (where I can report and comment on via twitter) than the presenter end.

That said, I did want to comment on one session that I went to that has really made me rethink book publishing.  The session was titled "Are MOOCs the equivalent of college courses" (you can check out the recording of the session here). I thought that this was a catchy title so I decided to attend.  My immediate question was "what do you mean by college course?"  There are 100, 200, 300, 400 level courses (corresponding to introductory, lower-intermediate, high-intermediate, and advanced) undergraduate college courses, there are 500 level courses in some places (lower-graduate), 600 level (Master level), and 700 or 800 level courses (doctoral). While I understand that college courses, for some, might mean just undergraduate, even within that spectrum there is variation.

The session was lead by Jonathan Haber from Degree of Freedom and this presentation was based on his One Year MOOC BA experiment. I had originally heard of this project, but, to be honest, it fell off the grid for me. I think trying to do a one year BA (MOOC or not) is a bit of a flawed process. This approach seems more like how much can one cram in one year and pass with decent enough grades to get a diploma rather than actual learning.  I think a speedrun through a BA might be more realist if you actually took two and a half years to complete the coursework rather than one year.  A BA at my institution is around 120 credits which boils down to around 40 courses. Jonathan (at least according to accredible) completed 33 in one year's span.

The number of courses aside, the thing that really struck me was that he simply stuck with xMOOC providers for all content.  I didn't see any cMOOCs on his list, despite the fact that there is a listing of upcoming cMOOCs available on the web.  I think that it's fairly easy to speed run through a few xMOOCs if you are judicious about taking courses where you can engage in discussion in the forums only as you need to. and concentrate on just passing the quizzes and peer reviewed assignments. I think that if you really  sink your teeth into a cMOOC, and really participate, you won't be able to participate in more than 2 cMOOCs in any given time period, have a job, a family life, and really engage in the cMOOC (as if it were a college course). In this sense I think that the experiment had some flaws.

Anyway, as the presentation progresses and we get some more context Jonathan, the presenter, informs us that he has a book coming out on MOOCs later on this year through MIT press.  Here I am getting my spidey-sense tingling a bit, but I hold off judgement until I read the description for the book.  I had seen the book on Amazon last May while I was looking for any new books on MOOCs that I could evaluate and maybe learn something that I don't know about from my own treks in MOOCland.  The description from MIT press's website about this book is as follows:

In this volume in the Essential Knowledge series, Jonathan Haber offers an account of MOOCs that avoids both hype and doomsaying. Instead, he provides an engaging, straightforward explanation of a rare phenomenon: an education innovation that captures the imagination of the public while moving at the speed of an Internet startup.

Haber explains the origins of MOOCs, what they consist of, the controversies surrounding them, and their possible future role in education. He proposes a new definition of MOOCs based on the culture of experimentation from which they emerged, and adds a student perspective—missing in most MOOC discussion. Haber’s unique Degree of Freedom experiment, during which he attempted to learn the equivalent of a four-year liberal arts degree in one year using only MOOCs and other forms of free education, informs his discussion.

Haber urges us to avoid the fallacy of thinking that because MOOCs cannot solve all educational challenges they are not worth pursuing, and he helps us understand what MOOCs—despite their limitations—still offer the world. His book is required reading for anyone trying to sort out the competing claims, aspirations, and accusations that color the MOOC debate.

This got me thinking about the currency of books, and how academia values the academic monograph more than anything else. The book is not out yet, and I do have a curiosity to read it, but I doubt that I will get a balanced sense of what MOOCs are, even at the 30,000 foot view.  Looking at Jonathan's Accredible profile (where he has documented his learning) I see a big proportion of Coursera courses. There are some Udemy courses (not a MOOC provider in my mind), some from Udacity, a handful of TheGreatCourses content (which aren't free) and iTunes. There is only one NovoEd course and one Canvas Network course.

No offerings from Coursesites MOOCs, janux, Peer2PeerU, or cMOOCs as I've written above, or from providers that are outside of North America, like Open2Study, FutureLearn and iversity. There are more of them if you happen to speak other languages like FUN-MOOC, MiriadaX, edraak, rwaq, OpenHPI, polimi, IonisX, MRU, gacco, UPVx, and OpenLearning. To be honest, I too was surprised at the variety of MOOC providers that exist globally at this point.

My point here is that the lens through which this experiment was carried out was really narrow, and I don't know how balances a book about MOOCs can be when it comes through such a lens. Going through the Degree of Freedom blog, I see that Jonathan interviewed quite a few people over the year, and luckily one of them was Stephen Downes. With the exception of this interview, and a couple of blog posts about cMOOCs and xMOOCs, the entire process blog is all about xMOOCs.  I think that beyond Stephen Downes, George Siemens, and Dave Cormier (the first to MOOC I guess), there are others out there that are worthwhile speaking to about this topic including (but not limited to) David Wiley, Martin Weller, the people behind OLDS MOOC, the people behind GamesMOOC, and Alec Couros.

Now, I understand that Jonathan may not have found MOOCs with appropriate content to take as part of his MOOC BA experiment. I know that colleges are very specific about how many and what types of General Education courses students need to take in order to graduate; so the content of cMOOCs, at the time the cMOOC was offered, may not have been appropriate for his path, but at the very least I would expect some investigation of this other side.

So, back to the heart of the matter here: academic publishing.  I expected an academic press to produce something that would be a little more researched, and from what I see from the Degree of Freedom blog, it's a good start, but it's not necessarily book-worthy.  I guess my sense of what goes into a book might be inflated; but then again this leads me to ask the question: In today's world what IS the difference between publishing a book and publishing a well written, academic, blog in your discipline?  What does it mean for tenure and promotion?  While I am not at the tenure (or promotion) stage of my career (and who knows if I will ever be), I am wondering if I should strive to publish a book (or books) or if I should support projects like Open Access Journals, communities like Hybrid Pedagogy, and continue to work on my own blog?  I prefer the latter since it's more open than a book, and I get to openly discuss with others about what I write.  How does one quantify this in an annual faculty review though? I take it a book, like Jonathan's, might give me more currency in the academic department, but would it be time well spent?

Any tenure track or tenured professors out there? Your thoughts?
Apostolos K. ("AK")
See Older Posts...