The Ethics of open online research 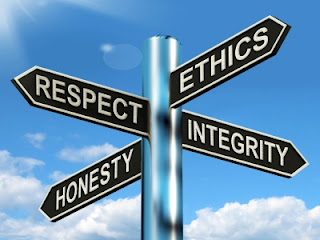 In my continuous quest to go to Pocket-Zero (may be a losing battle since I keep adding interesting stuff to read), I came across a post from a friend and colleague, Rebecca, who was discussing and brainstorming a bit about the ethics of research in twitter communities. As a quick synopsis, of the  hot button issue (at least from what I interpreted), was that in one instance (mature) researchers were researching a more general hashtag on twitter and this seemed to be OK, while in another instance a younger researcher (high school student) was researching a hashtag specific to breast cancer and social media, where a level of trust seemed to have been breached.  So, the question is: what is fair game in social media research? Specifically Rebecca asks What are the ethical obligations of anyone wishing to conduct research/analysis on a twitter community of care? Are the obligations different if the community is not care based? (e.g. #lrnchat).

My initial thinking is that care-based communities are not necessarily different from communities that are not thought of as care-based. For instance, one of the reasons I joined social media through blogging (many...many...many...moons ago) was that I really felt undervalued at work. I continued to blog and contribute to twitter communities not only because it was an avenue for expression (before the academic expression in this particular blog) but because I felt part of a community.  In this sense, even though the community I was a member of was not necessarily a care community, it became a support community for me.  While communities may have a certain mission, such as to bring together people who are doing their doctorate, or bring adjuncts together, or bring together individuals who suffer from a particular ailment, I think that care of different types, a feeling of belonging, and a feeling of support,  are the underlying reasons why we choose to join communities.  Because of this I think that #bcsm and #lrnchat (for instance) fall under the same rubric for me.

I also think that if we are blogging,  tweeting, posting on facebook (and so on) in the open then those are fair game for researchers unless we specifically say to people (through our twitter or blogger profiles) that what we post is not authorized for research purposes unless expressed permission is sought. I have no problem throwing a "all rights reserved" (as far as research goes) on my tweets or posts if I want to feel a sense of protection. This could be a viable solution for this matter.  This doesn't mean that our tweets won't be scraped by big data collectors, but we can tell people to exclude our tweets from their data set. This isn't a perfect system because it puts the onus on the subject, and not the researcher, to police it - but I do think it's a start.  As a researcher (well, some days I feel like a  three-year-old child in his dad's shoes when it comes to research, but anyway) I wouldn't think twice about using data that is on the open internet for research.  I would make an effort to see if there are any terms of use associated with that data, such as communities prohibiting research unless otherwise authorized, but other than that - as I said - it feels like fair game.

That said, I do think that there are issues with this high school kid who did this research, and this ties in to a conversation I had with another friend, Carrie, last week when we were talking about the most recent LAK conference.  The conversation with Carrie centered around data nerds (term used quite affectionately) who were studying for their MA and as part of their studies they were doing some analytics research. The data models were interesting, but what were these people going after graduation?  They did not know how to apply this knowledge to solve real world problems.  Part of the solution of real world problems is working with human beings and realizing that human beings are not numbers.  We can't just be quantified and that there are qualitative components, including emotional issues - such as feeling violated and perturbed by certain behaviors of others.

My concern is that when young adults are doing such research, which seems to focus on the data side and not the human side, they start treating humans as numbers. These young researchers are geeking out on the math and the social network analysis, but they are failing to account for the fact that on the other side of the line you have living, breathing, feeling, human beings.  If there is such a disconnect between the science and how the researcher's actions impact on the lives of the research subjects, as anonymized as they may be through aggregate social media data.  To some extent my knee-jerk reaction to this is to think of curriculum for such young adult researchers as starting from the qualitative perspective instead of the qualitative perspective, and to tackle such pragmatic, ethical, and philosophical issues that impact the way we act.

Rebecca, in her post, was wondering if how she felt was an over-reaction.  I don't feel qualified to judge that,  but I can judge my own feelings when someone says that they read my blog or follow me on twitter.  On a cognitive level I understand that by writing in such a public forum I will have people who read me.  My analytics tell me that each post gets around 70 readers (or around 200 if the post is really popular).  When people comment on my blog posts I know that they've read the post because they are making reference to it in their comments.

Even so, when I see someone outside of the blog context, in an office meeting, or in the classroom context, I get weirded out for a moment when people tell me that they read my blog, or that they enjoyed my post on whatever topic they were referencing. This is a gut reaction. On a cognitive level I get that there are more people who read my posts than people who comment on them. On an emotional level, when I engage with the readers here (as many, or as few as there might actually be), this context (this specific URL, or on twitter when I post links to my posts) feels like an appropriate context whereas in real life, in a job interview, in a meeting, or even meeting former students who read my blog that contexts feels out of sync to mention my blog.  Cognitively I don't think it is out of sync, but my initial reaction (the first few second before the logical part of my brain kicks in) feels that this is off in some way.  I am wondering if there is psychological research on this topic because I find my own reactions to the revelation that people read my blog pretty interesting.

Your thoughts?  What do you think of Rebecca's questions on the ethics of twitter research?