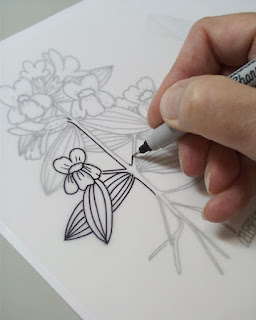 Alright!  Just as #clmooc is starting, I am finishing off Latour!  Here is part 2, of a 3 part wrap-up on Latour's Reassembling the Social: An Introduction to Actor-Network-Theory.

Once he discussed 5 uncertainties, now we're looking at re-assembling the social. Just as before, I've pulled one some quotes that made me go "huh!" when I was reading  the book (finished it a few weeks ago), and I am reacting to them more fully now - that is if I can remember why something made me go "huh!"

How is the local itself being generated? This time it is not the global that is going to be localized, it is the local that has to be re-dispatched and redistributed.

The notes I had to myself here is that we are working from the bottom and moving upward, not the other way around.  We are going from the local to the global.  Of course, this means that there is both a degree of excitement because you don't have that global view, but also an uncertainty, for the same reason.  The global view isn't there to taint or predispose you to think of the situation in a certain way.

In effect, what has been designated by the term ‘local interaction’ is the assemblage of all the other local interactions distributed elsewhere in time and space, which have been brought to bear on the scene through the relays of various non-human actors. It is the transported presence of places into other ones that I call articulators or localizers.

I think this is why it's an Actor-Network, an entity is both Actor and Network concurrently. It seems like we've gotten additional, new, terminology here. Articulators (aka localizers) and translators.  I do wonder, can something just transmit a signal without any degradation?

Here again, ANT’s lessons will be only negative because clearing the way is what we are after so that the social could be deployed enough to be assembled again. First, no interaction is what could be called isotopic. What is acting at the same moment in any place is coming from many other places, many distant materials, and many faraway actors.

We're back to Greek! Isotopic, coming from the Greek words isos meaning equal, and topos meaning place.  So not all interactions are coming from the same place.  This reminds me a lot of online learning in general. We have interactions coming from a variety of learners, be they in a MOOC, or in a traditional distance education setting. The interactions are pooling into one online system (or many online systems as the case might be in a MOOC), but they don't originate in the system that they finally end up in. Of course, what is Latour clearing out?

Second, no interaction is synchronic. The desk might be made of a tree seeded in the 1950s that was felled two years ago; the cloth of the teacher’s dress was woven five years ago, while the firing of neurons in her head might be a millisecond old and the area of the brain devoted to speech has been around for a good hundred thousands years (or maybe less, this is, hotly disputed question among paleontologists).

So, we have a Butterfly effect, maybe?  Going back to the Greek, synchronic - meaning at the same time.  Events and actions don't take place at the same time. Even when they appear to happen, as was the case with our swarmed document(s), there actions were concurrent, and not necessarily reactions to one another.  When I was typing in the google doc, and one of my collaborators was typing above me, or bellow me, we were working together but separately during our initial idea swarms. If anything the actions they took affected me as I saw my cursor jump all around and my text being pushed down. It was also a little disorienting as I was curious to see what Sarah, and Maha, and Keith, and the gang were writing, so it was pulling me from my own thought process.  Even so, actions were taking place, but there was time-delay.  By the time I read what they wrote and reacted to it, time had passed since they were typed and articulated in the google doc.  We can also see this in traditional online learning whereby students post in a forum and have to wait for responses and discussion to occur.

Third, interactions are not synoptic. Very few of the participants in a given course of action are simultaneously visible at any given point.

It's a Greek bonanza! Well, I think my example of the discussion forum will do here as well!  That said, I do wonder if we swarm a google doc simultaneously, even though it is a bit disorienting, wouldn't that mean that  our interaction at that moment is synoptic since I can see them at the same time?  Or, since I can only see what's within my field of view, a specific page in my google document, that what happens above, or bellow, that page is not visible, and therefore these actions are not synoptic?

Fourth, interactions are not homogeneous

Hey! A Greek word that most people will recognize ;-)  This is quite true, I would say, from the swarm perspective.  When I initially started working with my collaborators I expected plain text to be the medium of our work, but soon I began to see that people were working with images, and text, and memes, and video, and audio.  And text was not all 'academic' text, but there were poems, haikus (well, OK a type of poem), and other types of text.  Not homegenous in the least bit.  But we swarmed some meaning out of it.

When slides are projected on the screen, how many different successive ingredients are necessary when some writing on a keyboard becomes digitalized, then transformed again in an analogical signal before being retransformed in some sort of slower brain wave into the mind of half-asleep students?

Fifth, interactions are not isobaric

Well, knowing Greek is an asset with Latour it seems. According to Latour, in ANT, not all action have the same weight.  I think that if we look at our human Actors in our network we will see that not all of them have the same weight in all categories.  We swarmed the document as equal contributors, but we all had additional, specialized, roles which in turn affected what types of action we would take as part of these collaborations.

Some of the participants are pressing very strongly, requesting to be heard and taken into account, while others are fully routine customs sunk rather mysteriously into bodily habits

This sound familiar, with life in general.

This reminds me of some MOOC moves to make local MOOCs more broad, and "big" and "global" MOOCs more localized. I wonder to what extent these efforts are successful, and how one measures success in these environments.

an actor-network is what is made to act by a large star-shaped web of mediators flowing in and out of it. It is made to exist by its many ties: attachments are first, actors are second. To be sure, such an expression smacks of ‘sociologism’, but only as long as we put too much in ‘being’ and not enough in ‘having’.

Interesting that the connective thread that connects actors, that 'social thread' is what's more important than the actors themselves.

collective—an even more radical solution would be to consider these bundles of actor-networks in the same way that Whitehead considers the word ‘society’. For him societies are not assemblages of social ties—in the way Durkheim or Weber could have imagined them—but are all the bundles of composite entities that endure in time and space.

So, it's not the individual threads that are the focus, it seems, but rather the bundle of these connecting threads is what matters. I wonder how this applies to our RhizoANT exploration, to the untext, and to our collaboration in general.  We have google docs, twitter, blogger, google hangouts, and email as our main non-human actors.  Different threads connect us human actors, but do any threads connect these technologies?  What do you think?
Apostolos K. ("AK")
See Older Posts...