Some ends, some beginnings, some ponderings, need coffee 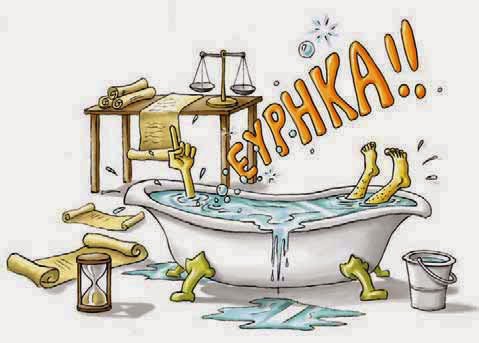 This is an eventful week!  Online classes begin at my institution.  This is my first semester not teaching in a few years, so I will be pouring my time into the course I am taking, as well as any MOOCs I have time for. This week #whyopen ends, my course on Negotiation on NovoEd ends, and Connected Courses begins.  I thought I would write a few thoughts on the end of WhyOpen and the NovoEd course, and have a few kick off thoughts (prior to reading anything) on Connected Courses.

As far as NovoEd goes, I've been wanting to take a course on that platform for quite some time, but it seems that most courses were Common Core related (K-12 USA), which isn't really my specialty. There was a course on Designing the New Learning Environment, but I guess I missed the original offering and it hasn't been offered for a while. When the course on Negotiation came up it seemed like a good opportunity‡. I don't know if my experiences are generalizable to other NovoEd courses, but here it goes:  The information dissemination for the course was the lecture, as is the case in other xMOOCs like coursera. However, NovoEd seems to break down the massiveness into (what Downes called) splinter groups. In cMOOCs this happens organically (it seems, from personal observation) while in NovoEd it seems to be a designed mechanic to break down the massive enrollment into smaller groups.  Our team, for example, was comprised of 5 members (the theoretical max of a team in NovoEd).  Our group was followed by another 10 people, so they could see what was happening in the group, but they could not participate.  I did find this dynamic a bit weird since it didn't really seem to add much to the overall experiences.

Each week the assignments we had submitted (once the deadline for submission passed) would show up on the course homepage. This gave others in the course an opportunity to see what others had submitted and to publicly comment on the assignments.  This seemed like an interesting mechanic to me. I did take the opportunity to read a number of assignments, give a "thumbs up" and I probably commented on a few of them.  Some assignments were group-based which gave me pause to ponder. I don't know how other teams worked, but in ours, out of 5 people, only 3 were really active.  I enjoyed working with the two that were active in our team-only area, but I can't help shake the feeling of the problem of the freeloader. I wonder what others think about this. I got a lot out of my participation and interaction with my two peers, but I do wonder how well small groups of 5 work when there is such a high attrition in MOOCs?  It seems like the group, as a metaphor, ought to be more fluid and flexible in the world of the MOOC.

Changing gears, to the last week of Why Open. Our prompt for this week is to go over what we indicated as what open meant to us at the beginning of the course, and think about that. I still stand by what I wrote that first week in the course, but I am starting to lean more (and ponder more) about the Open as Conundrum that I posted as one of my definitions of open. I think that as I have been participating in Why Open, discussing with others (granted, Week 3 and 4 were a little short it seems), and seeing what's happening elsewhere online, I am thinking that Open is a bit of a philosophy more than a concrete set of rules.

Some might make it sound like it's a concrete set of rules, and only those things that abide by them are really open, but to some extent, I am tempted to go back to something I explored initially around the time of CCK11, something I called degrees of openness. I could still argue that something that doesn't meet all 4 Rs (remix, reuse, redistribute, revise) could still be open.  Of course, the question then becomes how "open" must something be to be considered "open".  I realize it's a bit of a circular logic problem to use the word "open" to define "open", but how do we move from something that is essentially I will know open when I see it, to something that is measurable?  I don't know, but something to continue to ponder.

To wrap things up, as I was doing some catching up on my Pocket readings, I was listening to a presentation by Stephen Downes on Cooperation and Collaboration. Here, one of the tidbits was that when the initial MOOCs (now cMOOCs) were developed he and Siemens didn't sit down to create learning objectives, it was a very generative process†. I remember reading this a couple of years ago on Siemens' blog, and my instructional designer brain couldn't fathom such a possibility.

As I am thinking of offering my own MOOC, at least insofar as it supports some eventual dissertation for my EdD, I've decided to rethink my initial question when doing the Analysis phase of instructional design.  My initial question, for traditional  courses, has been who are your learners? Why are they coming to your course?. This has helped anchor any subsequent design work in the course.  In a MOOC, especially if it is massive, it's pretty freakin' hard to design for such a wide variety of learners, especially ones that might just window shop and never commit.

So, my new question, at least as far as MOOCs go, takes a hint from that Downes keynote I listened to, and it is as follows what is your educational philosophy?  I think this will underpin the course design in  a way that is much more applicable. I don't have any hard data to support this, but I am willing to talk about it ;-)

Notes:
‡ Oddly enough I found an old acquaintance on this NovoEd course, one that I hadn't spoken to in close to 10 years.  Small word!