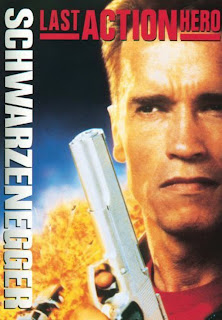 Continuing on the exploration of Latour and ANT, the second source of uncertainty according to Latour is: Action is Overtaken. To be honest a few days after I've read the chapter and copied interesting parts from it for this post, I am not really sure what that means... I had to look the chapter title up to make sure that I wasn't making a mistaken ;-)  As with previous blog

In most situations, we use ‘social’ to mean that which has already been assembled and acts as a whole, without being too picky on the precise nature of what has been gathered, bundled, and packaged together. (p. 43)

This seems to sound just about right.  I think that "social" as a term, in general, has been abused and over-used since the advent of "social media".   Anything that has interaction between two entities is termed to be social, but what does that really mean? It doesn't really help that a lot of tech, and edtech, companies just parade the word out as a feature...

Action is not done under the full control of consciousness; action should rather be felt as a node, a knot, and a conglomerate of many surprising sets of agencies that have to be slowly disentangled. (p. 44)

What Latour writes is setup as a dichotomy here: we are not in full conscious control of our actions (with which I agree). Instead we should see actions as....(what he said).  I don't see this as opposites.  I think that our actions are not all under full conscious control AND we should see action as a network with nodes and vertices. I do not think that the two are mutually exclusive.

For the social sciences to regain their initial energy, it’s crucial not to conflate all the agencies overtaking the action into some kind of agency—‘society’, ‘culture’, ‘structure’, ‘fields’, ‘individuals’, or whatever name they are given—that would itself be social. (p. 45)

I don't think I disagree with this.  Not all "action" is social.  Some action is downright antisocial (ever worked with someone who is passive aggressive?)

To use the word ‘actor’ means that it’s never clear who and what is acting when we act since an actor on stage is never alone in acting. (p. 46)

I both agree with this, and at the same time I disagree.  I think, to some extent the metaphor is flawed. When someone acts they don't necessarily have to act with other living things (living actors). I think Latour here is trying to bring in the notion of inanimate actors, objects as actors.  So as I am acting now, I am acting alone using the blogger platform to blog. However I am acting with a variety of non-animate objects and 'actors' in real time, such as my keyboard, computer, browser, web-connection, and google's server's).

If we consider non-real-time (or time-delayed) acting, if you are reading this I am interacting with you in some sense.  However, I don't think that it isn't clear who is acting.  I think it's perfectly clear - at least to me -that I am pushing certain buttons.  The intent is that those buttons will show me something on my screen. When I hit "submit" I am acting to get these words to a venue that you will see it. Even when I am not there to physically act (by pushing buttons), if you are reading this and it turns some mental gears, I am still acting.  Now, that acting is mediated by technology - and the technology is acting in some fashion, but I think that there is some aspect of being able to enumerate at least some of the actors and what some of their acts might be in this chain of events.

Action is borrowed, distributed, suggested, influenced, dominated, betrayed, translated. If an actor is said to be an actor-network, it is first of all to underline that it represents the major source of uncertainty about the origin of action—the turn of the word ‘network’ will come in due time (p. 46)

The source of action may be uncertain when we first feel the effect of action, however can we not trace it back, in some sense, to the original actor? Sometimes networks mask this identity, but I don't think that is is impossible to unmask the originator.

Uncertainty should remain uncertain throughout because we don’t want to rush into saying that actors may not know what they are doing, but that we, the social scientists, know that there exists a social force ‘making them do’ things unwittingly. (p. 47)

This was an interesting quote. I wish I had scribbled something in the digital margin when I underlined it. Reading this quote now I am getting a feeling that we shouldn't ascribe everything to black box, the force that moves us as unwitting pawns. Not something I can disagree with, but beyond that I am not sure why I highlighted it.  Just goes to show that sometimes one thing will pique your interest, and others it's a "well d'uh!".

The mistake we must learn to avoid is listening distractedly to these convoluted productions and to ignore the queerest, baroque, and most idiosyncratic terms offered by the actors, following only those that have currency in the rear-world of the social (p. 47)

I guess Latour here is inviting us to go down the rabbit hole of the queer, baroque, and idiosyncratic. To pay attention to things that don't quite fit because those have the potential to explicate things in the real world.  I don't disagree, but I also see some pragmatic issues at hand. Things that have "real-world currency" are things that ground us to what's valued.  If we stay very much outside of that world in our explorations, and we are not grounded within what's current, our ideas and findings will just be on the fringe and won't really have a lot of impact.  Some people don't care about impact (and that's fine), but your explorations are judged by a current system.  I don't think we should necessarily conform to fit a square peg in the round hole, but we should relate the finds from such explorations of the baroque to what's current in the real world.

We have to resist pretending that actors have only a language while the analyst possesses the metalanguage in which the first is ‘embedded’. (p. 48)

Agreed.  I think we are going back to ontological and epistemological frames of reference here, and those should be acknowledged.

An invisible agency that makes no difference, produces no transformation, leaves no trace, and enters no account is not an agency (p. 53)

Interesting - this reminded me again of the lurkers in MOOCs. If they produce no transformation they have no agency.  But then again, how does one measure making a difference and transforming something?

The presence of the social has to be demonstrated each time anew; it can never be simply postulated. If it has no vehicle to travel, it won’t move an inch, it will leave no trace, it won’t be recorded in any sort of document (p. 53)

Ouch! Sounds like 'social' has no memory.  I don't disagree that the social needs strengthening and re-establishment, like kindling a fire. The question here is, what are the vehicles for 'social' and what what is the fuel it uses?

The question that came up here is this: If we are to pay attention to the queer, baroque, and the outside of the usual, why are actors engage in criticizing the fake, archaic, and other agencies listed in this quote? Why don't we analyze and pay attention to the 'irrational' for instance? Is it really irrational or are we just framing it as irrational due to our previous frames and existing biases?  And, if we do indeed discover that it is irrational (however we define that), then what?

actors are also able to propose their own theories of action to explain how agencies’ effects are carried over (p. 57)

if vehicles are treated as mediators triggering other mediators, then a lot of new and unpredictable situations will ensue (they make things do other things than what was expected)(p. 59)
The second solution, the one preferred by ANT, pictures a world made of concatenations of mediators where each point can be said to fully act (p. 59)

Reading these two quotes brought up the mental image of dominoes falling in succession after some actor caused that first domino to fall.   The one thing that I am not so sure about at this point is what does it mean to "act fully"?  Is there such a thing as "partial acting"? Can you act without agency?

ANT is simply the social theory that has made the decision to follow the natives, no matter which metaphysical imbroglios they lead us into— and they quickly do as we shall see now! (p. 62)

So, is ANT another type of ethnography? I know that ANT is not a research method, but based on this it seems to fall into the broad sphere of ethnographies.