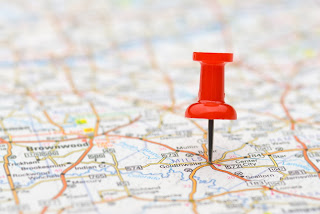 Drumroll please!  This is it!  The final Latour conversation (at least as far as his book Reassembling the Social: An Introduction to Actor-Network-Theory

goes.  It's been fun, Latour, but I have a pile of MOOC articles that aren't going to read themselves (note to voice technology people. I need a computer to read things to me like Majel Barrett does in Star Trek - voice of the computer.  The mechanical voice on my Android keeps mispronouncing things...)

So, the theme of this final write up is Connecting sites...

With ANT, we push theory one step further into abstraction: it is a negative, empty, relativistic grid that allows us not to synthesize the ingredients of the social in the actor’s place. Since it’s never substantive, it never possesses the power of the other types of accounts. But that’s just the point. Social explanations have of late become too cheap, too automatic; they have outlived their expiration dates—and critical explanations even more so

Latour had lost me, until he started talking about the cheapness and automatics of "social" accounts. Back in the early days of "web 2.0" and "social media" the change in the web, from just a read-web (which wasn't completely read-only: I had a guest book using CGI scripts on my old Geocities page!) to a more "social" web where people could provide their own content.  That said, what the heck does social mean these days? It's been almost a decade (or more?) that we've had "social media".  Isn't that something that has been established now?  Social is also talked about in a lot of EdTech conferences, at least as far as vendors go. Social is now a bulletpoint item in a product's sales pitch, but what does that really mean?  Has social lost its potency as a descriptive word? Do we need to find something that really defines our practices and how various non-human actors can enhance our practices?

Three new questions may now be tackled in our discussion. The first is to detect the type of connectors that make possible the transportation of agencies over great distance and to understand why they are so efficient at formatting the social

This just seemed like an interesting point to jot down.  The question that comes to mind now, reading this again a few weeks later, is about efficiency.  Does efficiency matter? And, before you give me the knee-jerk reaction of 'yes!', think about it.  What does efficiency mean? who measures it? how does it impact the social?

The second is to ask what is the nature of the agencies thus transported and to give a more precise meaning to the notion of mediator that I have been using. Finally, if this argument about connections and connectors is right, it should be possible to come to grips with a logical consequence that readers must have already puzzled about: What lies in between these connections? What’s the extent of our ignorance concerning the social?

Well, good questions! I suppose what Latour means here when he says "what lies between social connections" is where he asks us to consider, and take into account, actors that we haven't thought about.  In this kind of sense I think that he is asking us to discover the man in the middle. This is an interesting thing to ponder because prior to this RhizoANT project I only considered the connections between human actors.  By considering non-human actors, as ANT wants us to do, the picture becomes more complicated.  Interesting, but complicated.

Standards and metrology solve practically the question of relativity that seems to intimidate so many people: Can we obtain some sort of universal agreement? Of course we can! Provided you find a way to hook up your local instrument to one of the many metrological chains whose material network can be fully described, and whose cost can be fully determined

Ours is the social theory that has taken metrology as the paramount example of what it is to expand locally everywhere, all the while bypassing the local as well as the universal.

As Mr. Spock would say: "fascinating!" (you can't see me, but I am raising my eye brow)

The question is not to fight against categories but rather to ask: ‘Is the category subjecting or subjectifying you?’ As we saw at the end of the last chapter, freedom is getting out of a bad bondage, not an absence of bonds.

I suppose that this is something I will have to further explore, and deal with, the closer I come to beginning my EdD Dissertation... Not sure if this applied to our RhizoANT project, but it was an interesting thought to ponder.

This is why the social sciences are as much a part of the problem as they are a solution: they ceaselessly kept churning out the collective brew. Standards that define for everyone’s benefit what the social itself is made of might be tenuous, but they are powerful all the same. Theories of what a society is or should become have played an enormous role in helping actors to define where they stand, who they are, whom they should take into account, how they should justify themselves, and to which sort of forces they are allowed to bend

Nothing to add here other than don't accept things at face value ;-) Well...no.  Wait! I think Latour has something here, and I think it can, potentially, be a bit indicting  of Sociology, but also other disciplines. Everyone (and now that we have a lot more PhDs than we have jobs for them) seems to want to go out there and create a new framework for whatever, or a new procedure, or invent a new acronym (SPOC anyone? #shudder) without really thinking about (or caring sometimes) whether they are just reinventing the wheel, or whether their contribution to the professional knowledge is really something that's needed. I don't think that it's just the fault of researchers and other professionals. It think it's also the fault of our respective fields. The whole reason for being for some doctors (of the PhD kind) is to churn out more 'research' which will invariably include more boxing in of what it means to be x, or to be an actant in x, or what frames x.

Metrology is no more the whole of science than the sociology of the social is the whole of sociology. The social that makes up society is only one part of the associations that make up the collective. If we want to reassemble the social, it’s necessary, aside from the circulation and formatting of traditionally conceived social ties, to detect other circulating entities.

I am not sure what a 'circulating entity' is, according to Latour. I don't remember reading about it.  But I do see his point, and I agree.  The measuring part of science isn't the whole of science. There are things that can't be meaningfully measured.  And even if you do measure certain things, and you can measure them accurately, you still need to interpret your findings, which in my mind, is inherently a qualitative process to some extent.

I agree with Latour here.  I think that looking only what what connects with any given object (Actor-network) is a narrow way to look at it.  I think that what the object is, and the objects inherent properties do play a role in what associations it has with other objects.

But any science has to invent risky and artificial devices to make the observer sensitive to new types of connections.

No matter how hesitant the metaphor, it is such a shift in perspective that ANT is looking for. Things, quasi-objects, and attachments are the real center of the social world, not the agent, person, member, or participant—nor is it society or its avatars.

Not sure what Latour is getting at here. It seems like he is saying that the person (human actor) isn't that important when looking at it from an ANT perspective. Rather, what is important as the things that are invisible and that we don't see.  Is this what others are getting?

The problem is that the social sciences have never dared to really be empirical because they believed that they simultaneously had to engage in the task of modernization. Every time some enquiry began in earnest, it was interrupted midway by the urge to gain some sort of relevance. This is why it’s so important to keep separate what I earlier called the three different tasks of the social sciences: the deployment of controversies, the stabilization of those controversies, and the search for political leverage

Society is not the whole ‘in which’ everything is embedded, but what travels ‘through’ everything, calibrating connections and offering every entity it reaches some possibility of commensurability

Just a small reminder from Latour that society is itself a social construct. It is not a container in and of itself.

This is Wittgenstein’s greatest lesson: what it takes to follow rules is not itself describable by rules

There was a comment I made here in the text, that this comment by Latour reminded me a lot of bootstrapping. The question that comes to mind is this: do we need rules for bootstrapping? If we do, are those rules arbitrary?  Are we returning to that temporary nature references above? Those scaffolds that are temporary and will come down, only to be replaced by other scaffolds once  we're all moving along in our process?

To interpret some behavior we have indeed to be prepared for many different versions, but this doesn’t mean that we have to turn to local interactions

Is this  and endorsement of the global, zoomed-out, view?

The alternative I have proposed in this book is so simple that it can be summarized in one short list: the question of the social emerges when the ties in which one is entangled begin to unravel; the social is further detected through the surprising movements from one association to the next; those movements can either be suspended or resumed; when they are prematurely suspended, the social as normally construed is bound together with already accepted participants called ‘social actors’ who are members of a ‘society’; when the movement toward collection is resumed, it traces the social as associations through many non-social entities which might become participants later; if pursued systematically, this tracking may end up in a shared definition of a common world, what I have called a collective; but if there are no procedures to render it common, it may fail to be assembled; and, lastly, sociology is best defined as the discipline where...

Well, straight from the horse's mouth...

It’s worth noting at this point that ANT has been accused of two symmetric and contradictory sins: the first is that it extends politics everywhere, including the inner sanctum of science and technology; the second is that it is so indifferent to inequalities and power struggles that it offers no critical leverage—being content only to connive with those in power. Although the two accusations should cancel each other out—how can one extend politics so much and yet doing so little for it?—they are not necessarily contradictory.

ANT is nothing but an extended form of Machiavellianism

Whoa! I can't think of a better line to close this post, and this Latour series, with!
Apostolos K. ("AK")
See Older Posts...