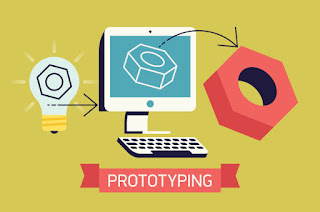 I guess I am a little rusty  with creating meaningful blog titles since I have not been blogging frequently recently.  Oh well. I will get back into the swing of things once I finish my EdD...or not... ;-)

In any case, I am catching up with #el30, more specifically last week's guest Ben Werdmuller (see recording here). Interesting fun fact - Ben is the creator of Elgg, which is the platform that Athabasca University's "Landing" runs on.

There were quite a few interesting things that came out of the conversation but there were two that really stuck out to me.  The first is that there was a strand of the conversation that dealt with taking back control of your online identity from the various platform providers, such as facebook, google, yahoo/verizon, twitter, and so on.  A lot of what we do, this blog inclusive, rests no someone else's platform.  If the platform decides to cease operation you lose not just your data, but also the connections that are based upon that data.  Take this blog for instance: If google decided to shut down blogger I could lose all of my posts going back to 2008 when I started doing education-related blogging.  I also lose the connections that I've made through this blog (other people linking to, or reacting to, my writing).  The same is true for things like twitter and facebook.  In some instances services allow you to download your data, but in my experience that's been quite messy in the past.  In most cases what I've gotten is a JSON formatted file (or set of files), and good luck importing that into somewhere where it's usable. If you're lucky you might get an offline viewer for your data.  For blogs I've had luck importing from Wordpress into Blogger and I assume that the converse is true (if google decided to shut down blogger.

I did chuckle a bit at Ben's comment that cPanel looks like something out of the 90s.  I do have a website that I maintain, and the design of it is done on RapidWeaver (MacOS application), export the HTML, and upload via FTP to the server.  The website is designed to pull data for a variety of sources, including Blogger.  When I have to go into cPanel I cringe a bit.  If I had a little more time on my hands I'd love to setup a Wordpress instance on my site but I know that I don't have enough time to really dive into it and migrate everything I have into something I control by myself (hence the title of this post: self-control still difficult).  There were other interesting ideas that came up, such as asymmetrical bandwidth issues, the ability to have access to domain-name registration, and even hosting.  So many threads to pull apart and dissect...and so little time.

The second strand that piqued my interest has to do with prototyping.  The discussion about designing prototypes, getting some user feedback, doing some more prototyping, getting some more user feedback and then coding something really brought me back to my senior year in undergraduate when I was taking a course in designing user interfaces (CS615).   There is a lot of discussion (it seems) these days about getting your hands dirty, and getting something done, but without prototyping something to get a sense of how your initial ideas and concepts work, you could end up trying to solve coding problems that you don't need to bother with anyway because the prototyping stage might indicate that you don't even need to go down that particular path. This also connected well with another comment made (paraphrased): There is no need to start with the universe (aka all the bells and whistles); start with the minimal viable solution.  This was, I feel, an important comment (and sentiment expressed) not just on software development, but on work in general.  I suppose a related sentiment that I've heard in the past: The perfect is the enemy of done. I've seen, over the years, lots of projects fail to even get started because people object over the fact that the new solution isn't at one-to-one parity with the old solution or it's just not perfect.  Many potentially interesting paths are never taken because the lack of perfection prevents people from even trying.

Anyway - those are my take-aways from last week.  Looking forward to viewing this week's recording with Maha, and reading some more unboundeq stuff, which I've seen on twitter over the past few months, but I have not had time to dive into it :)
Apostolos K. ("AK")
See Older Posts...