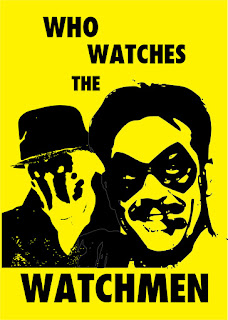 OK, I am almost 'caught up' with the stuff I missed while I was on vacation (at least as far as 806 goes).  I remember receiving an email from Pearl indicating that Sir John Daniel would be presenting. Too bad the internet wasn't that reliable :-/  Oh well, thank goodness for recordings ;-)

Sir John Daniel seemed like a pretty interesting  person, and very knowledgeable (with over 300 publications to his name) and he must be a respectable human being because he wouldn't hold 32 honorary degrees from 17 different countries if people only liked him for his scholarship.  I guess the bar has been set for me (haha! :-) ). The only area where I surpass him is in the amount of MOOCs I've taken vs how many he's taken.  Even as a recording it was great to get to 'meet' such a distance education heavyweight (maybe I can email him and we can go for some coffee and discuss the future of DE next time I am around his neck of the woods in Canada ;-)  ).

In any case, there were some interesting connections drawn between Open Universities (OU) and MOOCs. The OU UK was created so that it would be Open to People, Open to Places, Open to Methods, and Open to Ideas.  MOOCs, as he argued, could be seen as Open to People (Massive), Open to Places (Open), Open to Methods (Online)...but what about the "C" in MOOC?  What about the course?  I ask what does it mean to pursue a 'course' in something?  And, does the course have some sort of assessment?  He discussed a little about badges (whether or not there is assessment), and he brought up an interesting question: Quis custodiet ipsos custodes? (who watches the watchers?)  This was brought up in reference to ePortfolios, and to badging.  It's a good question and I think it's quite pertinent to higher education in general as well.

We - as a profession - have put a lot of emphasis and currency (κύρος) in lots of old institutions.  As Sir John mentioned, MOOCs may not be the transformative change in higher education that they were (wrongly I would argue) claimed to be back in 2012, however they've made online education more respectable. After all, as Sir John said - if Harvard is doing it, it must be OK.  While I don't have anything against Harvard, I think that this type of attitude is potentially damaging to our field (in general, not just DE), because people don't pay attention to the good work done by DE researchers until Harvard starts paying attention... and even then, they do reinvent the wheel at times because they haven't been paying attention.

This type of blindness is replicated in the scholarly publishing industry (MOOCs and Open Access are good threads between this presentation/discussion and the one with Alec Couros). It's hard to break into established journals and OA, so any new journal has an uphill battle regarding their  journal's rank.  University rankings are based on where you publish (at least to some extent?) so that influences where people try to publish.  A bit of a vicious circle.

But, it's not all doom and gloom. I think we can make a dent, and make OA, and Open Institutions who have been doing DE for a while now, more 'respectable' - and perhaps have those institutions viewed in the same respect terms as Harvard when it comes to DE courses and programs.

One take away for me, as something to look more into, is looking into the African Virtual University.  I don't know much about it, and it seems pretty interesting (both from its history, and what it does now).