Back in the day a friend of mine and I used to have debates about which series was better, Babylon 5 or Star Trek Deep Space Nine.  I sided with DS9 back then (still do, the dialog on Babylon 5 is pretty awful - good story though).  There used to be a parody comic strip (which has now disappeared from the web) which had various off-shoots like Sevylon 5 (Babylong 5 parody).  If the few strips that still exist: 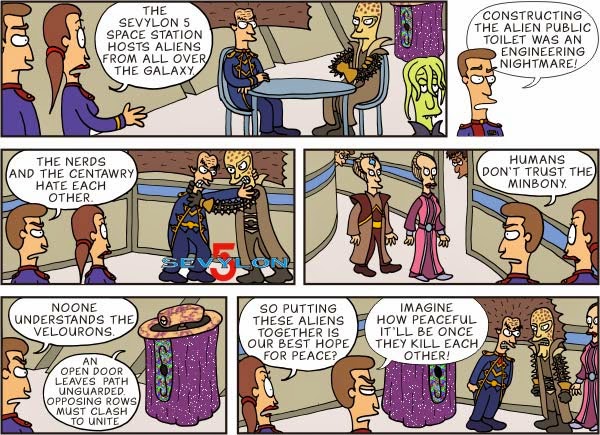