Trials of the Blood Dragon | Done 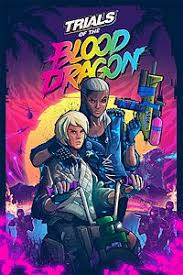 Recently, another game I 'completed' was Trials of the Blood Dragon. While I did get through the story of the game, I am not sure that this is one of those games that you 'complete'.  When I got this game for free through xbox live 'games with gold' a number of months ago I thought that it was more of a Far Cry game, but it's basically a Trials game with Far Cry highlights.  I had actually completely forgotten about the Trials games which I had tried  back in 2000 when the game was a browser-based java game (which reminded me a lot of Excite Bike on the NES).

Now, despite the short amount of time spent on this game, it was a lot of fun. The story is full of 80's (and early 90s) callbacks, from the Neon signs, to the posters in the young agents' room, to the general essentially looking like Sgt. Slaughter.  I have not yet played Far Cry: Blood Dragon, but that didn't prevent me from enjoying the game, and most of my epic fails.  The game controls mostly like Excite Bike on the NES (so, it's a Trials game) but there are elements of bionic commando, and Abuse.

For most of the stages I got pretty miserable 'grades' (mostly Cs and Ds, and a few Fs).  I suppose if I cared more about my gamer score and achievements for this game I'd try harder, but I was mostly interested in the story of the game.  In this game you play the children of the main character in Far Cry: Blood Dragon, who is dead.  They grow up with the General (aka Sgt. Slaughter) and they are trained to defend the US (and freedom loving capitalists) from the evils of communism (both human and Communist Insection Aliens...yeah...those exist... :p).  The cut-scenes for the game play very much like a Saturday morning cartoon, which just makes this game even better. 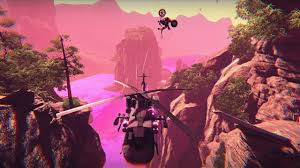 Overall I'd give this game a 9/10. I failed a lot, and I failed in epic ways, but the game never made me feel frustrated, and the game didn't make me feel dumb.  Yes, every time I failed insults were hurled at me on the screen, but they seemed more humorous than anything else.  If more trials games were like this (you know, they had a story), I'd play more of them :-)

Some stats (from xbox):