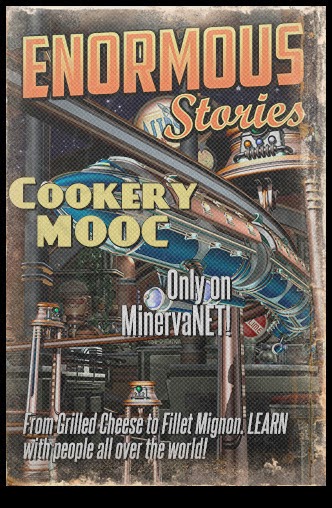 So, the other day I was at the NERCOMP annual conference.  I heard a few people speak (cool stuff), and I also got an opportunity to chat with people, and be a nosy eavesdropper on other people's conversations.   One of the things that came up, as has come up elsewhere in the past three or so years, has been the concept of MOOCs as OER and MOOCs as OCW.  We've actually seen this with xMOOCs like Udacity as having their content labeled as open courseware. EdX uses the term "courseware" for their course materials on their MOOCs, whether they are open is an entirely different discussion.  Even my third MOOC ever (mobimooc 2011) had stated that the materials would remain as OER after the end of the MOOC.

Then, I started to think about Dave Cormier's question, or potentially a challenge, on how to introduce newbie to the Rhizo14 MOOC that ended five weeks ago, but we are still active, on facebook at least.  All of this got me thinking about two things:  first, what is the value of material created for MOOCs as OER?  One of my critiques of some OER is that they are created with such distinct needs in mind that it's not always possible or useful to adapt this OER for your own purposes.  The second question that came to mind was the utility of courseware that remains, after the MOOC is done, if there isn't a sufficient community around to rally around the materials. The use case that came to mind was my participation in #ioe12 (David Wiley's Intro to Openness in Education MOOC). I went through the motions, I got something out of it, but I suspect I would have gotten much more out of it if people were there to go through it with me - that shared space and shared experience.

All of this is making me ponder and hypothesize that MOOCs are, in fact, ephemeral entities.  They are here today, and maybe gone tomorrow; at least as far as instructor-sourced content goes.  I wonder if certain MOOCs (speaking of individual classes like Rhizo14)are like Woodstock in a sense.  I don't get woodstock, but people who lived through it and went to it have it etched in their minds because of the experiences they were having and connections they made with other humans while there. Are MOOCs this type of ephemeral experience?  Your thoughts?
Apostolos K. ("AK")
See Older Posts...