A few years worth of MOOC coverage...what does it tell us? 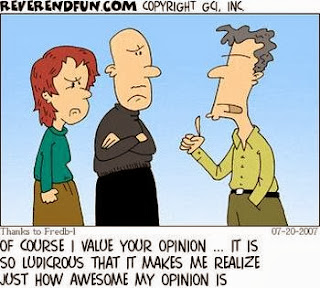 Back at the end of 2011 I started collecting research on MOOCs, pieces from Inside Higher Ed and the Chronicle, "news items" from other popular media outlets (like wired.com and forbes) as well as blog posts from certain notable people who commented a lot on the subject of MOOCs.  The idea was to spend a year (2011 to end of 2012) and see not only what the research says, but also what the sentiment is around this phenomenon.  After all neither online education, not open education were particularly new, so it would be interesting to see what was going on.  I didn't really do much in 2012, and I continued collecting materials in 2013 with the intent to work on the project in 2013, but life intervened.

Another thing that made me not keen on continuing this project was that I also saw a lot of negativity in 2013 around MOOCs; as some people dubbed it it was the year of Anti-MOOC, but I also saw a lot of uninformed opinions about MOOCs in some really prominent places, from academics nonetheless!  It was a bit of a facepalm moment for me, so it took a back seat.  Luckily now I have  a project, that's different, that can use all this digital hoarding I've done over the past few years and I am having fun (most of the time) reading news, opinions, and blogs from a couple of years back on the subject.  It's funny how the discourse went from MOOCs (as cMOOCs, before the term was coined), to MOOCs as being equated with xMOOCs, and coursera type destinations, to how MOOCs were just plainly confused with regular online courses, as if online education was new and didn't exist before the elite schools saved us by showing us online education (sarcasm, in case you didn't catch it) ;-).

In the various critiques from blog posts and reports to institutions that I have read, one of the disheartening thing I've come across is having fellow academics be very shallow in their estimation of MOOCs, and collaborative, peer, online learning in general.  I was reading a report this weekend, written in 2012, so it was influenced by early coursera courses, where the author (a professor at their institution) used language, in a public document, that in my mind is very unprofessorial.  The author essentially heavily criticized MOOCs because this person would have peers that have English as a Second Language, that are functionally illiterate (in that author's estimation, I don't know how they arrived at that conclusion), and a host of other "deficiencies," but they are in the same course as more educated people (like the author of the report), so the implication is, more or less, "what does this person have to teach me?"

To me, this attitude seems unprofessional and elitist.  You can have such private thoughts, I am not discounting that people have these thoughts every now and again, but to put it out in such public documents seems like professional suicide to me.  The other issue that I have with this is that students take queues from their professors, who are generally in a symbolic position of power, and they see fit to have the same attitudes as they do.  I've come across students who openly dismiss the value of peer review in courses where there is also an instructor evaluating deliverables because they think that their peer reviewer's reviews are worthless because their project/paper/deliverable is obviously the best thing since sliced bread, so their peer reviewer has nothing to contribute to the process.  This is just plain wrong, both from a process perspective, and from a basic human interaction perspective.  If you cultivate an attitude that peer review don't matter because x, y, z peer is beneath your level, as an instructor, then this attitude seeps into your students who emulate you.  This is not a good way to be in life, or a way to learn.

Furthermore, it seems like there were many uninformed individuals, who had an opinion about the subject matter, who wrote in that time frame (and who probably still write), and are basing their bashing of MOOCs on a specific platform and on specific implementations of a MOOC.  It would be like me saying that I took a Theology course at College X, face to face, and because it was awful, all courses at College X stink.  That's simply not the case! What we should be arriving at is a theory and practice of how people learn in open online environments, and where courses (and subsequent credentialing) fit it.

Your thoughts of the past few years in MOOC coverage?
Apostolos K. ("AK")
See Older Posts...