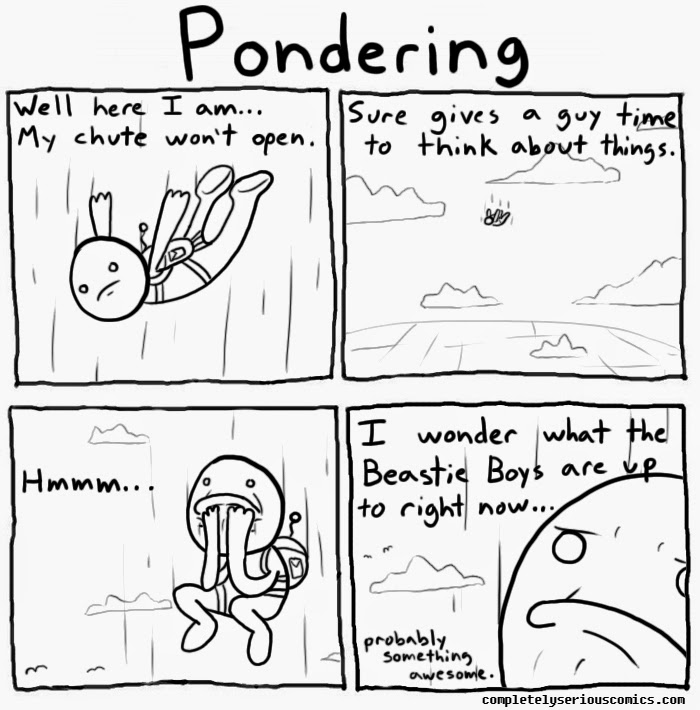 A while back I came across a post by Martin Weller titled MOOC Completion rates DO matter. Because my Pocket account was overflowing with some great content (including this one), I thought it was high time that I read this article ;-).  In this short post Martin writes that completion rates do matter in MOOCs, taking the opposite view of some cMOOC folks.

He goes on to tackle the analogy that MOOCs are like newspapers and that people don't necessarily read all sections, or even visit all sections.  As someone who doesn't really read physical newspapers that often any more (I only bought one last summer so I could get the Asterix comic that came with it), the analogy only gets me so far.

I don't know what sort of analogy is valid for MOOC participant behaviors.  After pondering this a bit, I don't think that there is one analogy that will encompass all behaviors.  At the beginning of the MOOC I think the analogy of window shopping is most appropriate for everything leading up to the conclusion of the first (or maybe even the second) week of the course.  I think that there are many people who are curious about the course and join it, regardless of their intents for the course.  Coursera and EdX have gotten a little smarter these past few months and query their users to see what their intents are for the course right at the beginning of the course.  Are they interested in just browsing the content? browsing the content and taking some quizzes? doing the assignments? going full force into the course?  I think this is smart, because at the onset of the course you have idea of what the participants in the course are intending to do (assuming that they are truthful in their answers).

This only goes so far, however.  Back in the days of Change11 I had pondered about having a nag-system (for lack of a better term) that would keep track of user logons in the system, and track their patterns of participation.  If they weren't active the system would send them a reminder email about the course, and see if they would like to unenroll, so there would be a perpetual Opt-In function for people who are not active. I think at this point I would also augment the system with highlights of upvoted posts and interesting discussions happening so as to entice people to come in and say something (or at least if they don't contribute something, they will be seen by the system as being active). Lurking isn't bad, everyone lurks from time to time, it's not possible to fully engaged all the time, in each course you take.  You do need time to let things steep.  Especially in MOOCs you might have multiple conflicting priorities and need to put the MOOC on the back burner for a few days. That said, the point of the system is to separate those who are passive participants (aka lurkers), from those who are checked out (and not coming back), and from those who are on leave (not active for a week, but intend on coming back).

Then, at the end, it would be useful to have participants self-assess.  Those who took the initial survey should be surveyed again to see if they met their own expectations, or if they did or did not meet their own levels of engagement in the course.  The other points to ponder are theses:

Do completion rates matter?  I think they do, however in certain specific contexts.  Not all contexts are the same!  What do you think?